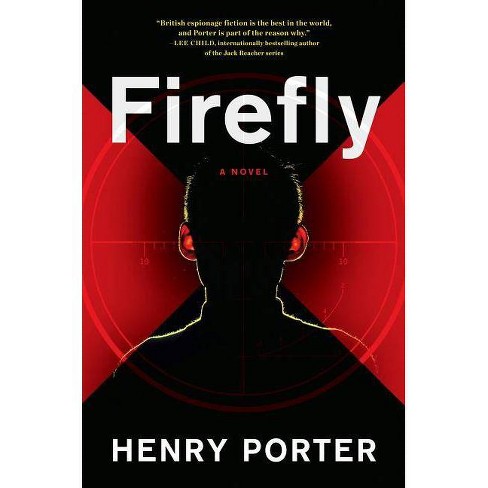 Praise for Firefly "[Porter's] best book yet...Firefly is its own magnificent hybrid: partly a young adult adventure in the tradition of Huckleberry Finn and Harry Potter; partly a le Carrï¿½-esque study of an outsider spy ambivalent about the messy business of espionage; and partly fictionalised journalism, and an impressive rendition of the mass flight from the Middle East that was clearly heavily researched and observed on the ground...it's possible to imagine it challenging for the Orwell prize for political writing, such is the power of its depiction of the migrant exodus. Full of poignant scenes and mesmeric action sequences, it may be the first novel to do justice to the phenomenon's epic scale." -The Times (UK)

"With its vivid portrait of the flood of refugees moving west from Macedonia, Serbia and Turkey, the book could not be more timely, and Porter's sympathy for the dispossessed is as cogent here as his skill at sustaining narrative tension."--Barry Forshaw, The Guardian

"Porter can be trusted to know exactly how much sentimentality, how much action and how much inside information will make the perfect mixture. He is also a wizard with words. A very good thriller." -Literary Review

"A welcome return . . . Firefly seems ripped from the headlines and is both timely and terrific."--Mick Herron, CWA Gold Dagger Award-winning author of Dead Lions

"A classic chase thriller with an on-the-scenes look at the Syrian refugee crisis--it doesn't get more contemporary than this." --Joseph Kanon, Edgar-winning author of Los Alamos and Defectors

"Firefly proves once again that Porter is both his own man and the proud carrier of the flag first unfurled by John le Carre more than fifty years ago. British espionage fiction is the best in the world, and Porter is part of the reason why." --Lee Child, author of the Jack Reacher series, most recently Gone Tomorrow

"Firefly accomplishes what too few novels today even try to do: this engrossing chase story of terrorism, spies and refugees takes the reader through the realities of our current war-torn world's innocents even as the novel entertains. This is an important thriller about the real world we all must survive." --James Grady, author of Six Days of the Condor and Last Days of the Condor

"A sophisticated, engrossing, and important political thriller."--Washington Post, on The Bell Ringers

"Superb."--Boston Globe, on The Bell Ringers

"Read it and you'll be hooked."--Dallas Morning News, on The Bell Ringers

"Henry Porter has fast become one of the masters of the genre."--Sunday Telegraph (UK), on Brandenburg Gate

"A wonderful novel. I read it addictively and was sorry the minute it was over. It's way too good to be called a thriller."--Richard Ford, on The Bell Ringers

"For those who like political thrillers, this is one of the season's best: scary, informative and, alas, eminently believable."--Economist, on The Bell Ringers

"Henry Porter writes fabulous novels . . . A spy novel for everyone who loves le Carrï¿½ and Deighton, but with a crisp modern woman in charge. You won't put this novel down until the final paragraph."--Globe & Mail (Canada), on The Bell Ringers