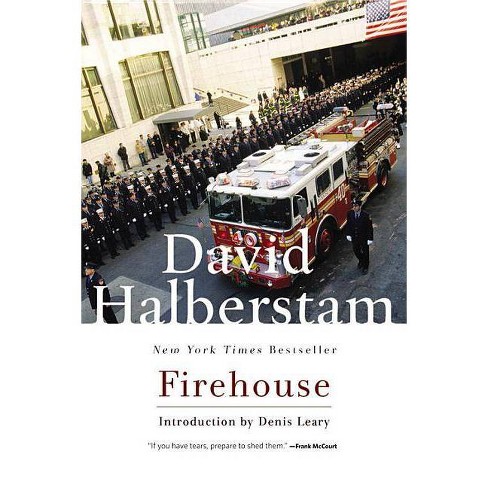 $11.79
MSRP$15.99
no reviews yet
be the first!be the first! ratings
Shipping
Free standard shipping with RedCard
Loading, please wait...
Help us improve this page

David Halberstam (1934-2007) was the author of twenty-two books, including fifteen bestsellers. Born in New York City, Halberstam spent much of the 1960s as a reporter for "The New York Times," covering the Vietnam War and the Civil Rights movement. His Vietnam reporting earned him both a George C. Polk Award and a 1964 Pulitzer Prize for International Reporting. "Vanity Fair" dubbed Halberstam "the Moses of American journalism," and the subjects of his books reflect his passion and range: war, foreign policy, history, and sports. "The Best and the Brightest "(1962), his sixth book, a critique of the Kennedy administration's Vietnam policy, became a #1 bestseller. His next book, "The Powers that Be," a study of four American media companies, was hailed by "The New York Times" as a "prodigy of research." Many of Halberstam's books explored themes in professional sports, including bestsellers "The Teammates," a portrait of the friendship between baseball players Ted Williams, Dominic DiMaggio, Johnny Pesky, and Bobby Doerr, and "The Education of a Coach," a profile of New England Patriots' Coach Bill Belichick.
Denis Leary has appeared in more than thirty films, including the Oscar-nominated Wag the Dog, The Thomas Crowne Affair, and Ice Age, as well as the Christmas cult classic The Ref, and such indie favorites as Jesus' Son and Suicide Kings. Leary was the co-creator, producer, and star of the critically acclaimed network comedy The Job. His one-man shows No Cure for Cancer and Lock 'n Load broke viewing records on HBO. Leary has also written for New York magazine, GQ, Playboy, Esquire, and many other publications. He was the co-writer, creator, and star of the four-time Emmy and Golden Globe nominated television series Rescue Me.
If the item details above aren’t accurate or complete, we want to know about it. Report incorrect product info.