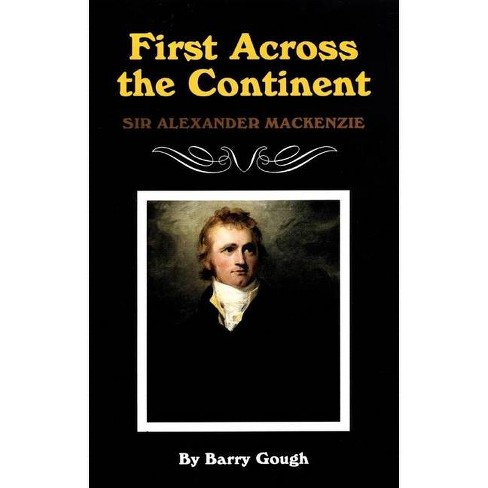 $19.95
no reviews yet
be the first!be the first! ratings
Shipping
Free standard shipping with RedCard
Loading, please wait...
Help us improve this page

Seeking the Northwest Passage and the fabled like to Russia, Japan, and Cathay, Alexander Mackenzie drove himself and his men relentlessly, by canoe and portage, across the uncharted rivers, valleys, and mountains of North America. Mackenzie's 1789 journey to the Arctic Ocean and his arduous journey to the Pacific in 1793 predate the Lewis and Clark expedition. By the age of thirty-one Alexander Mackenzie had become the first man to cross North America from the northwestern hub of the interior trade, Lake Athabasca in present-day northern Alberta, to the Pacific Ocean. He had opened the continent to trade and exploration.

Mackenzie was a man of enormous ego and overpowering ambition. He left Scotland in search of opportunity in the North American fur trade and achieved success through a combination of bold exploits, grim determination, and business acumen. Mackenzie returned to his homeland late in life to be knighted, marry, and live a more genteel life, leaving behind a Mï¿½tis family in North America. His celebrated book Voyages from Montreal remains an enduring classic of world travel literature.

In his research, Barry Gough traveled from Mackenzie's birthplace to his tomb and from Montreal to the Arctic Ocean and to the Pacific. He takes the reader along with Mackenzie on his hazardous travels and voyages, using contemporary accounts to bring to life the problems and perils faced by the young explorer.

First Across the Continent reveals the international impact of Sir Alexander Mackenzie's expeditions and places him among the elite of New World explorers, illuminating his vital role in the history of the fur trade and the American West.