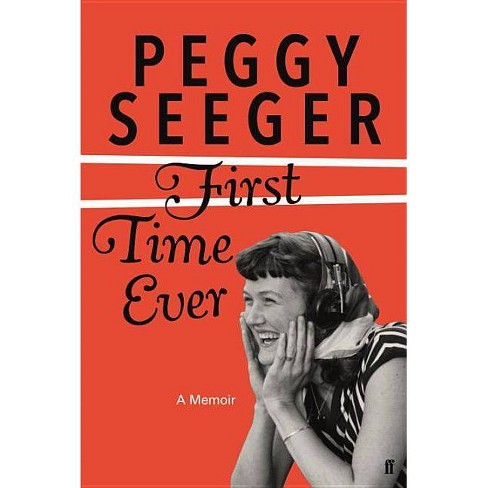 $18.79
no reviews yet
be the first!be the first! ratings
Shipping
Free standard shipping with RedCard
Loading, please wait...
Help us improve this page

"Musicians are often good storytellers; First Time Ever shows that Peggy Seeger is also a good writer. She was raised in Maryland by progressive parents who hosted the likes of Lead Belly and Jackson Pollock. Adept at guitar and banjo, Seeger recorded her first album in 1954, while a student at Radcliffe. Two years later, the legendary American ethnomusicologist Alan Lomax summoned her to London: he wanted her for an English version of the Weavers--an obvious recruit, given that her much-older half brother was Pete Seeger. The gig fizzled, but she met "my next thirty-three years"--the English singer-songwriter Ewan MacColl, two decades her senior. MacColl was married when Seeger conceived their first child, and he conceived another with his wife shortly thereafter. While Seeger's judgment throughout her book can irk, readers will root for her, including when she starts life over with a female partner after MacColl's 1989 death. First Time Ever offers a catbird seat overlooking a long marriage of wandering minstrels who were catalysts for the British folk revival. When MacColl first heard Roberta Flack's 1972 Grammy-winning version of "The First Time Ever I Saw Your Face," which he had written years earlier for Seeger to sing, he was stunned. "Ewan said he wrote it as an hors d'oeuvre," writes Seeger, "and it had been turned into the main course." Bursting with lyrics, footnotes, photos and fine turns of phrase, First Time Ever is a feast." The author, half-sister to folk singer Pete Seeger, is a force of folk all her own. In this lovely firsthand account, Seeger shares memories of her idyllic childhood and reflections on race, as her family employed African American domestic workers. She also explores cultural differences as she looks back on her travels through Europe and Asia as a young woman playing music; she delves into her identity as both a public performer and a woman, daughter, partner, mother, musician, activist, and feminist, crafting the narrative from recollections and her own diaries. Readers will find a constellation of folk music greats here, all linked by Seeger's anecdotes. Now in her 80s, Seeger is enmeshed thoroughly in the search to know herself fully. One delightful aspect is Seeger quoting from biographies of her life, written by others. The chronological structure zigzags a bit in time, but it mimics the way memory works. VERDICT An engrossing read for all, even those who don't know their folk music history. (Memoir, 12/13/17)--Shelf Awareness
If the item details above aren’t accurate or complete, we want to know about it. Report incorrect product info.