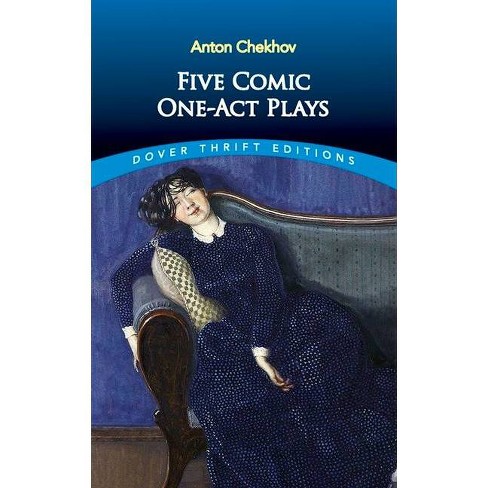 Humorous gems by one of the masters of modern drama: The Anniversary, An Unwilling Martyr, The Wedding, The Bear, and The Proposal. For students, general readers, and amateur and professional theater groups.

One of the foremost dramatists of the 19th century, Russian author Anton Chekhov (1860-1904) created a body of work noted for its realistic dialogue and keen insights into human relationships. This collection of five one-act plays -- in the celebrated Constance Garnett translations -- shows Chekhov at his witty best.
The Anniversary takes a lively look behind the frenetic scenes at a bank: a man overburdened with errands from friends and family gives a nearly maddened but ludicrous account of his chores and obligations in An Unwilling Martyr; and The Wedding depicts scenes from a wedding reception in which the mother of the bride assumes affected airs and deals with quarrelsome guests. In The Bear, a virtuous, spirited widow is pressed to repay a debt and ends up receiving an offer of marriage. The Proposal depicts the trauma of a would-be suitor who winds up in a wrangle over property.
Theater lovers, students of drama and literature, and other readers, as well as amateur and professional groups performing these popular works, will welcome this convenient, inexpensive collection of comic gems by one of the masters of modern drama.

Next to Shakespeare, Anton Chekhov (1860-1904) is the most popular playwright in the English-speaking world. The Russian physician also wrote a series of remarkable short stories, in which he pioneered the stream-of-consciousness narrative technique.
If the item details above aren’t accurate or complete, we want to know about it. Report incorrect product info.