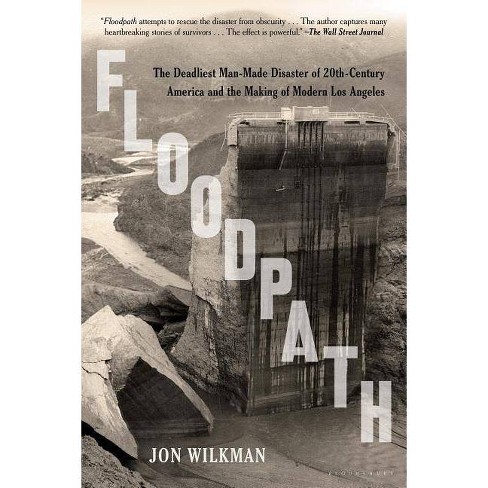 "Jon Wilkman retells the harrowing story of the St. Francis Dam break with ardent imagination and scholarly insight. Every page is riveting. It's impossible to understand California in the twentieth century without reading this landmark book." - Douglas Brinkley, author of THE GREAT DELUGE

"Popular knowledge of early Los Angeles's struggle for water owes much to the film Chinatown, but [Wilkman] shows that the real story of L.A.'s water is as fascinating -- and devastating -- as the fictionalized version." - Publishers Weekly

"A riveting account . . . While the massive disaster may have been largely forgotten, its foundation in both hubris and opportunism remains relevant today." - Booklist

"A well-researched account of a little-remembered California tragedy . . . Wilkman tells the dramatic story in the context of the rapidly growing city." - Kirkus Reviews

"The St. Francis Dam collapse ranks second only to the San Francisco earthquake in the annals of California disasters, and first in the nation as a disaster of human engineering. Jon Wilkman brilliantly and dramatically captures the background and scale of the tragedy. His book is essential reading for anyone interested in the human consequences of the unrestrained quest for water and electricity in twentieth-century America." - Michael Hiltzik, Pulitzer Prize-winning journalist and author of COLOSSUS

"Wilkman demonstrates a balanced perspective on Mulholland's lifetime of labor, acknowledging both the good and the bad that the man's actions wrought. Moreover, the author ties the events at the St. Francis Dam to the contemporary American experience -- with a high demand for water in a severe drought, combined with the aging and failing infrastructure of dams, waterworks, and energy grids, Wilkman convincingly argues that the United States is primed for another such disaster." - Library Journal

"The St. Francis Dam failure was one of the pivotal events in U.S. history that forced policymakers to consider how public safety and environmental impacts would fit into national growth and the insatiable need for water. Mr. Wilkman reminds us in compelling detail about the importance of learning from the past." - Lori C. Spragens, Executive Director, Association of State Dam Safety Officials

"Wilkman's fine book dramatically explores the little-known story of a major American disaster. It is a fascinating technological detective story and a compelling human drama, including the impact of a powerful engineer's overconfidence and the loss of hundreds of innocent lives." - Mark E. Baker, P.E., Dam Safety Officer, National Park Service