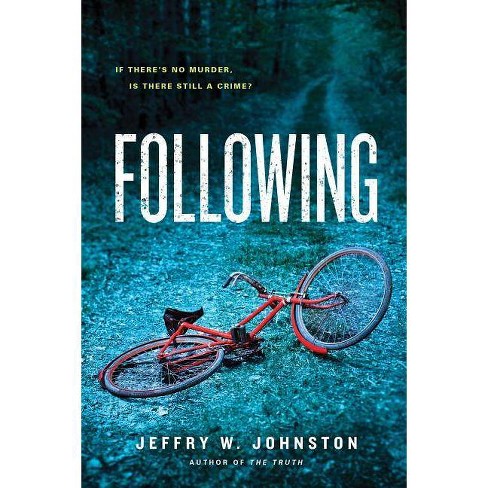 Amateur investigator Alden Ross thinks he witnessed a murder, but when the victim shows up alive, he must figure out what he could have seen and what the school's most popular couple is hiding in the new novel from the author of "Truth."

Rear Window meets Serial in this riveting new thriller from Edgar Award-nominated author that follows Alden as he tries to solve a crime only he believes was committed.

Alden likes to follow people. He's not trying to be a creep, he just wants to be an investigator someday, and it's good practice.

But spying on people comes with risks, like when Alden sees popular Greg Matthes seemingly murder his girlfriend, Amy, one night in the bad part of town.

But the facts aren't adding up, especially because Amy may be alive. Now Alden has to figure what he could have seen... and what secrets Greg is hiding.

"Readers will enjoy being in the company of a gentle, keen observer. Sensitive Alden's struggle with trauma and his path to forgiving himself is moving and authentic." - Publishers Weekly

"A slow-burn thriller that veers in surprising directions, with a final twist no one will see coming.
" - Booklist

"This title is a solid mystery and fast-paced read." - School Library Connection
If the item details above aren’t accurate or complete, we want to know about it. Report incorrect product info.