Fooled You! - by Elaine Pascoe (Paperback) 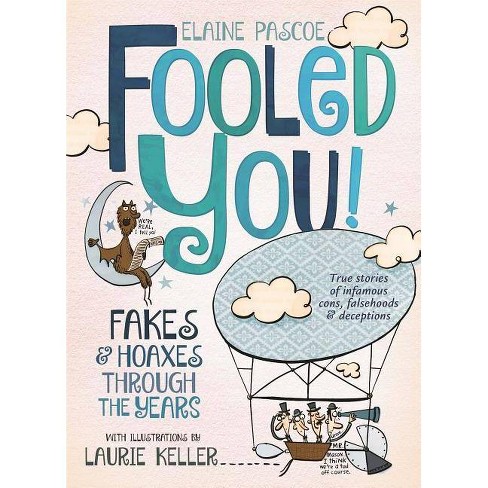 Hoaxes are meant to fool the world--and some people fall for them. Would you?

Crop circles. Aliens on earth. Fairies caught on film. Giant cats. What do these phenomena have in common? They are all hoaxes. Elaine Pascoe presents well-researched chapters on nearly a dozen infamous hoaxes--from the 1800s to the present--exploring the stories behind them (how they came to be as well as who instigated them) and pondering why people were so easily fooled. These tantalizing accounts hold tremendous appeal for all ages and are as much about the craftiness of perpetrators as about the gullibility of believers. Would you have been fooled? You'll just have to read Fooled You! to find out. With fun illustrations but Laurie Keller, author and illustrator of Arnie, the Doughnut, Fooled You!: Fakes and Hoaxes Through the Years is a fun, funny nonfiction book for the chapter book set.

Elaine Pascoe has written many nonfiction books for young readers and has worked as a newspaper reporter, magazine writer, and editor. She lives in Connecticut.

Laurie Keller is the acclaimed author-illustrator of Do Unto Otters, Arnie, the Doughnut, The Scrambled States of America, and Open Wide: Tooth School Inside, among numerous other books for children. She earned a B.F.A. at Kendall College of Art and Design. She lives in Michigan, in a little cottage in the woods on the shore of Lake Michigan.
If the item details above aren’t accurate or complete, we want to know about it. Report incorrect product info.