For the Love of Men - by Liz Plank 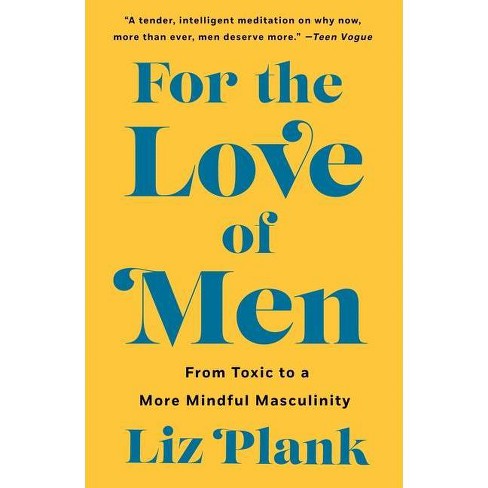 A nonfiction investigation into masculinity, For The Love of Men provides actionable steps for how to be a man in the modern world, while also exploring how being a man in the world has evolved.

In 2019, traditional masculinity is both rewarded and sanctioned. Men grow up being told that boys don't cry and dolls are for girls (a newer phenomenon than you might realize--gendered toys came back in vogue as recently as the 80s). They learn they must hide their feelings and anxieties, that their masculinity must constantly be proven. They must be the breadwinners, they must be the romantic pursuers. This hasn't been good for the culture at large: 99% of school shooters are male; men in fraternities are 300% (!) more likely to commit rape; a woman serving in uniform has a higher likelihood of being assaulted by a fellow soldier than to be killed by enemy fire. In For the Love of Men, Liz offers a smart, insightful, and deeply-researched guide for what we're all going to do about toxic masculinity. For both women looking to guide the men in their lives and men who want to do better and just don't know how, For the Love of Men will lead the conversation on men's issues in a society where so much is changing, but gender roles have remained strangely stagnant. What are we going to do about men? Liz Plank has the answer. And it has the possibility to change the world for men and women alike.

"A tender, intelligent meditation on why now, more than ever, men deserve more."--Teen Vogue

"A near-forensically reported examination of modern masculinity and an urgent call to action."--Vogue

[A] timely, gimlet-eyed book about toxic masculinity. With sparkling wit and razor-sharp cultural criticism, Plank investigates toxic masculinity and the threat it poses not just to women, children, and society, but to the emotional wellbeing of men themselves.--Esquire (Best Fall Books of 2019) "A hopeful prescription."--GQ "Plank's empathy and hope are palpable.--Pop Sugar [A] compassionate and skillful social analysis. Plank's thoughtful approach and ability to elicit emotional responses from men by engaging them about masculinity as a curious, compassionate outsider yield a well-rounded picture of what contemporary men are facing--Publishers Weekly

For the Love of Men offers a blueprint for men to examine themselves and how they think about gender.--NPR

LIZ PLANK is an award-winning journalist as well as an executive production and host of several critically acclaimed digital series at Vox Media. She's been listed as one of Forbes's 30 Under 30, Mediaite's Most Influential in News Media and was ranked as one of the 50 most influential women by Marie Claire. She's built a loyal following on numerous social media platforms, but her proudest accomplishment by far remains being blocked by the 45th president of the United States.
If the item details above aren’t accurate or complete, we want to know about it.

Beyond Shame - by Matthias Roberts (Paperback)

The Joy of Basketball - by Ben Detrick & Andrew Kuo (Hardcover)

Church of the Wild - by Victoria Loorz (Paperback)

Getting Smart about Life, Love, and Men - by Michelle McKinney Hammond (Paperback)

Betrothed in Haste to the Earl - by Liz Tyner (Paperback)

Fletchers on the Farm - by Kelvin Fletcher & Liz Fletcher (Hardcover)

A Case for Solace - by Liz Ahl (Paperback)

Fascinating book. So many Ah-ha's!

5 out of 5 stars
Would recommend
HabbinJabbins - 2 years ago
First of all, I love Liz Plank. She's brilliant and passionate and this book does not disappoint. I learned so much from this book and I'm really excited to see what Liz creates next.
Did you find this review helpful?