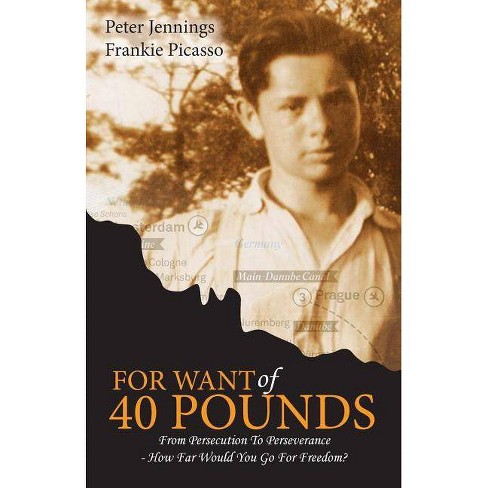 In 1938, 13 year old Berthold Skurmann, an Austrian Jew, set off on foot from Vienna to Amsterdam, looking to sail to England, where he would find a way to save his family from Nazi death camps. Without food, money or a map, he evaded Nazis for 3 months, walking over 1100 km, with only a compass, courage and a fierce determination to survive.

In 1938, Berthold Skurmann was a young boy living in Vienna, Austria when Hitler's Anschluss changed his world. With his father already interred in a concentration camp, and the family home confiscated, life in Vienna grew darker by the day for anyone of Jewish descent. Those who were lucky to have money were able to escape, while others, including Bert's mother and brother, waited in a climate of anti-Semitism and fear of death. At 13 years of age, Bert decided to create his own fate. With a young boys sense of adventure and a child's faith that dreams come true, Bert set out to save his family.
From Vienna to Amsterdam, Bert walked for months through enemy territory evading Nazis and sympathizers, a 1500 km trek with a compass, courage and a fierce determination to get to England, where he believed freedom lived for himself and his family. This book is his story. His legacy of courage, inspiration, tenacity, freedom, and success. From immigrant to millionaire, it is the Immigrant's Dream brought to life.

When it comes to assessing the life one lives, it's helpful to consider the measure of a man - Bert Mann, that is. In "For Want of 40 Pounds," authors Peter Jennings and Frankie Picasso bring to life the story of a remarkable individual and his remarkable personal journey, one sure to uplift anyone who's faced with overwhelming personal circumstances and who's inspired to take on immense challenges, especially the kind that most claim are insurmountable. Read this moving story, and draw inspiration from the protagonist's incredible legacy, particularly when all seems lost or when prime but seemingly daunting opportunities await. Brent Marchant, Movie Correspondent, The Good Media Network, and Award-winning Author of "Get the Picture?!: Conscious Creation Goes to the Movies," "Consciously Created Cinema: The Movie Lover's Guide to the Law of Attraction" and "Third Real: Conscious Creation Goes Back to the Movies"

*In all the world of miraculous life stories, the one charted by Bert Mann reads more like fiction than fact. Who could believe his childhood survival in the 1930s as a Jew in an anti-Semitic sea that was Europe? Or as a teenager in WWII, how he could walk across Europe to freedom? From nothing, how could one person - "an alien" in the
U.K. - raise sufficient funds to save his family from the Holocaust? And post-war as a roll-up-your-sleeves entrepreneur in North America, South America and Europe, what kind of drive in one man could build such success and wealth, then lose it, then acquire it again? The answer is Bert Mann. And who is it - in the toughest of times to sort fact from fiction - that can assemble such a powerful narrative as Bert Mann's odyssey? The answer is Peter Jennings. Ted Barris, Author- 17 books including 'Damn Busters and 'Great Escape'
* Bert Mann's descriptions of appalling deprivations and impersonal brutality of the Nazi invasion and his epic escape at the age of 14 to walk 700 miles and then stow away to reach England, learn the language and find the means to bring his family to safety is nothing short of a miracle. And yet it is told in simple and short sentences, almost as though he views nothing he has accomplished remarkable at all. His entire life is extraordinary as his stories go from rags to riches and then back again - a remarkable man who has accomplished so much and touched so many lives but is incredibly humble. His story is one of inspiration and will leave the reader with a feeling of wonderment... motivated to take one step further than they thought possible. An interesting, gripping read that is an authentic narrative of a life well lived. This book brings the reader into the magical presence of an incredible human being - Bert Mann. Dianne Lang, Author- 'Saving Mandela's Children', 'Shattered', 'I Bared My Chest'
"This is a true story about a real life hero, walking to freedom, with heart, determination and purpose." David Cohen, Entreprenuer Business Coach
* "Peter's strength in getting to the root of what makes people tick is again highlighted in Bert Mann's story. He reveals the inner making of an individual any of us would strive to replicate. Bert's survival and success through many hardships is an eye opener and an invigorating journey." - Rick McHale, Avid reader