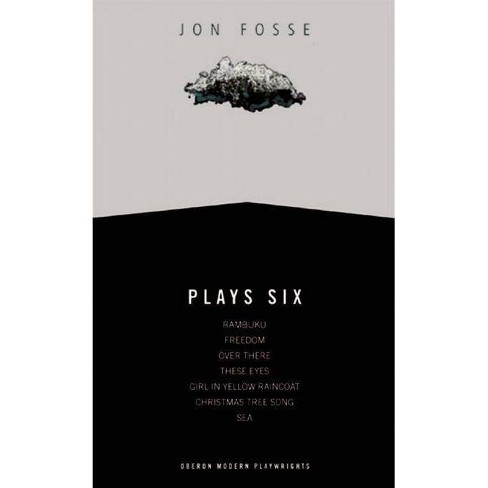 Jon Fosse has been called "the Beckett of the 21st century" (Le Monde), and the Royal Court production of Nightsongs was dubbed "Waiting for Godot without the gags." Just as Beckett's plays -- and those of all great playwrights -- grew out of their time, and influenced the current styles of drama, and were part of what brought their times forward, so do Fosse's plays now. Fosse: Plays Six marks the culmination of this Norwegian playwright's body of work for the stage to be published in the English language. The volume includes the plays Rambuku, Freedom, Over There, These Eyes, Girl in Yellow Raincoat, Christmas Tree Song and Sea. Rambuku Two people. One finds it difficult to speak. The other attempts to understand. But what is Rambuku? Or who is Rambuku? Freedom There is a sense of otherness in Fosse's work that challenges our notions of a concept such as 'freedom'. This play questions if freedom, as we often understand it, is perhaps a prison. Over There A woman follows a man to his death. But do they see the same images on the way to the top of the mountain? These Eyes A snapshot of the dreamlike state of life. The characters exist in an in-between space which becomes their reality. Girl in Yellow Raincoat An examination of our collective weakness, and the fragility of children. It asks questions about notions surrounding fear. Christmas Tree Song A man celebrates Christmas alone (and reflects in a somewhat ironic way) on his life as he attempts to put up a Christmas tree. Sea A group of people gathered in a kind of limbo, on a ship, disappearing into something unknown. Jon Fosse's work includes novels, poetry, essays and books for children. He is one of the most produced playwrights in Europe and his plays have been translated into more than forty languages. Oberon Books publishes Plays One (Someone Is Going to Come, The Name, The Guitar Man, The Child), Plays Two (A Summer's Day, Dream of Autumn, Winter), Plays Three (Mother and Child, Sleep my Baby Sleep, Afternoon, Beautiful, Death Variations), Plays Four (And We'll Never Be Parted, The Son, Visits, Meanwhile the Lights Go Down and Everything Becomes Black), Plays Five (Suzannah, Living Secretly, The Dead Dogs, A Red Butterfly's Wing, Warm, Telemakos, Sleep), Nightsongs, The Girl on the Sofa and I Am The Wind. Fosse was made a Chevalier of the Ordre national du Mï¿½rite of France in 2007 and received The International Ibsen Award in 2010. Born and raised in Norway, May-Brit Akerholt now lives in Australia, where she is a recipient of a Fellowship from the Theatre Board of Australia Council. She has lectured on theatre at NIDA, worked as a Dramaturg and Literary Manager at Sydney Theatre Company and has translated numerous plays.
If the item details above aren’t accurate or complete, we want to know about it. Report incorrect product info.