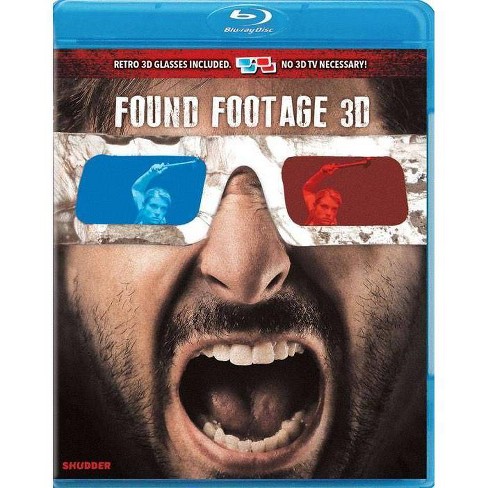 Mark lives in the shadow of his overbearing older brother, Derek, and has always wanted what his brother seems to have: a career in the movies and the love of a beautiful woman. So when Derek asks Mark to document the creation of his latest low-budget horror production, Mark jumps at the opportunity.


The movie, Spectre of Death, is being shot in the "found footage" style of Paranormal Activity and stars Derek himself and his estranged wife, Amy, in the art-imitates-life story of a couple whose relationship is slowly deteriorating. Over the objections of his director, Derek has decided to make Spectre of Death the "first 3D found-footage horror film" and has hired his younger brother to shoot the first 3D behind-the-scenes documentary.

Right from the start, the shoot is plagued with trouble. Derek and Amy can't seem to get along long enough to shoot a scene together. It doesn't help that Derek is constantly flirting with the cute production assistant. For solace, Amy turns to Mark, whose own love/hate relationship with the charming but tyrannical Derek makes him the only person who truly understands her.

Things take a much more sinister turn when the fictional entity they've created for their film shows up in Mark's behind-the-scenes footage. Frightening accidents begin to plague the shoot. The footage Mark is shooting grows stranger and more ominous. When an act of unexpected and ferocious violence finally tears down the wall between fiction and reality, Mark must find a way to contain the evil presence and save Amy before it is too late.