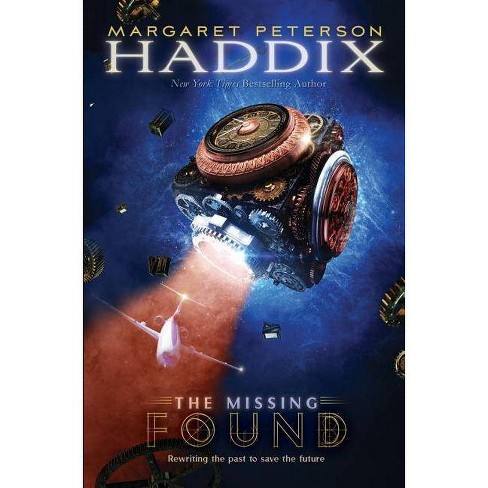 $13.59
MSRP$19.99
no reviews yet
be the first!be the first! ratings
Shipping
Free standard shipping with RedCard
Loading, please wait...
Help us improve this page

Thirteen-year-old Jonah has always known that he was adopted, and he's never thought it was any big deal. Then he and a new friend, Chip, who's also adoped, begin receiving mysterious letters. The first one says, "You are one of the missing." The second one says, "Beware! They're coming back to get you." Jonah, Chip, and Jonah's sister, Katherine, are plunged into a mystery that involves the FBI, a vast smuggling operation, an airplane that appeared out of nowhere -- and people who seem to appear and disappear at will. The kids discover they are caught in a battle between two opposing forces that want very different things for Jonah and Chip's lives. Do Jonah and Chip have any choice in the matter? And what should they choose when both alternatives are horrifying? With Found, Margaret Peterson Haddix begins a new series that promises to be every bit as suspenseful as her Shadow Children series -- which has sold more than 41/2 million copies -- and proves her, once again, to be a master of the page-turner.
If the item details above aren’t accurate or complete, we want to know about it. Report incorrect product info.