French Modernism at the Guggenheim - (Hardcover) 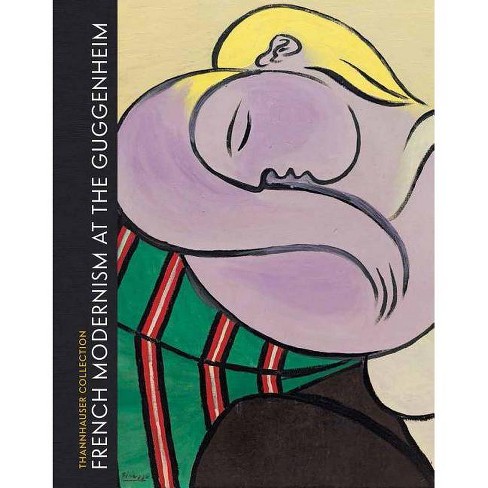 $42.99
MSRP$65.00
no reviews yet
be the first!be the first! ratings
Shipping
Free standard shipping with RedCard
Loading, please wait...
Help us improve this page

From Cï¿½zanne to Braque, the Thannhauser Collection forms the core of the Guggenheim's early modernist holdings

When Justin K. Thannhauser (1892-1976) brought his collection of modern art to the Solomon R. Guggenheim Museum in 1965, it was his crowning achievement after more than a half-century as one of Europe's most influential and distinguished collectors and dealers. The collection's formal bequeathal to the Guggenheim in 1978 represents a watershed moment for the museum--today its Thannhauser Collection constitutes the core of the Guggenheim's impressionist, postimpressionist, and School of Paris holdings, including 32 works by Pablo Picasso.

This volume presents the astonishing collection in full, offering a concentrated survey of works by such modern masters as Braque, Cï¿½zanne, Degas, Gauguin, Manet, Picasso, Pissarro and Van Gogh, among others. Throughout, artworks are given rich context and detail with historical installation views and high-tech conservation images. Short essays on collection highlights by current and former Guggenheim curators and conservators illuminate the artists' stylistic innovations as they sought to liberate art from academic genres and techniques. The book also features extensive technical analyses, offering rare insight into the artists' materials and processes based on the latest advances in conservation technology. A lead essay by Megan Fontanella recounts the genesis of Thannhauser's collection and its eventual transfer to the Guggenheim Museum. Tracing his ambitious career as gallerist and collector in Europe during the interwar years and into the calamity of World War II, she explores how Thannhauser's lifelong support for experimental art and eye for original talent helped define the modernist vanguard of 20th-century art.