From Here to There - by Michael Bond (Hardcover) 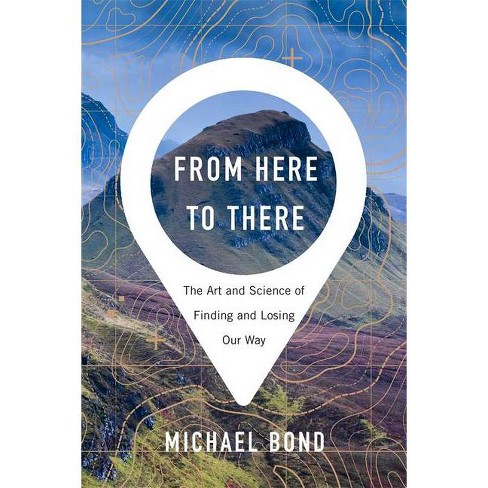 A wise and insightful exploration of human navigation, what it means to be lost, and how we find our way.

How is it that we can walk unfamiliar streets while maintaining a sense of direction? Come up with shortcuts on the fly, in places we've never traveled? The answer is the complex mental map in our brains. This feature of our cognition is easily taken for granted, but it's also critical to our species' evolutionary success. In From Here to There Michael Bond tells stories of the lost and found--Polynesian sailors, orienteering champions, early aviators--and surveys the science of human navigation.

Navigation skills are deeply embedded in our biology. The ability to find our way over large distances in prehistoric times gave Homo sapiens an advantage, allowing us to explore the farthest regions of the planet. Wayfinding also shaped vital cognitive functions outside the realm of navigation, including abstract thinking, imagination, and memory. Bond brings a reporter's curiosity and nose for narrative to the latest research from psychologists, neuroscientists, animal behaviorists, and anthropologists. He also turns to the people who design and expertly maneuver the world we navigate: search-and-rescue volunteers, cartographers, ordnance mappers, urban planners, and more. The result is a global expedition that furthers our understanding of human orienting in the natural and built environments.

A beguiling mix of storytelling and science, From Here to There covers the full spectrum of human navigation and spatial understanding. In an age of GPS and Google Maps, Bond urges us to exercise our evolved navigation skills and reap the surprising cognitive rewards.