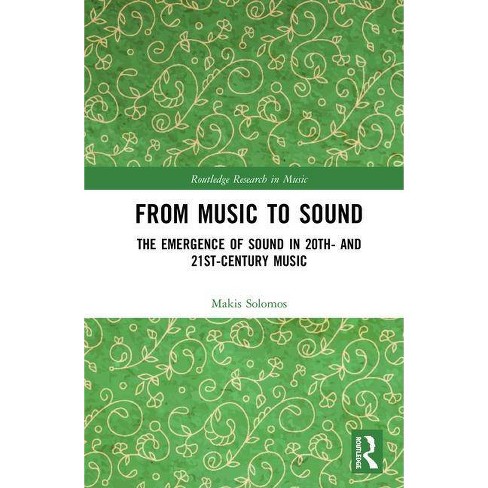 $154.99
0 out of 5 stars with 0 reviews
be the first!be the first! ratings
Shipping
Free standard shipping with RedCard
Help us improve this page

From Music to Sound

is an examination of the six musical histories whose convergence produces the emergence of sound, offering a plural, original history of new music and showing how music had begun a change of paradigm, moving from a culture centred on the note to a culture of sound. Each chapter follows a chronological progression and is illustrated with numerous musical examples. The chapters are composed of six parallel histories: timbre, which became a central category for musical composition; noise and the exploration of its musical potential; listening, the awareness of which opens to the generality of sound; deeper and deeper immersion in sound; the substitution of composing the sound for composing with sounds; and space, which is progressively viewed as composable.

The book proposes a global overview, one of the first of its kind, since its ambition is to systematically delimit the emergence of sound. Both well-known and lesser-known works and composers are analysed in detail; from Debussy to contemporary music in the early twenty-first century; from rock to electronica; from the sound objects of the earliest musique concrï¿½te to current electroacoustic music; from the Poï¿½me ï¿½lectronique of Le Corbusier-Varï¿½se-Xenakis to the most recent inter-arts attempts.

Covering theory, analysis and aesthetics, From Music to Sound will be of great interest to scholars, professionals and students of Music, Musicology, Sound Studies and Sonic Arts.

Supporting musical examples can be accessed via the online Routledge Music Research Portal.