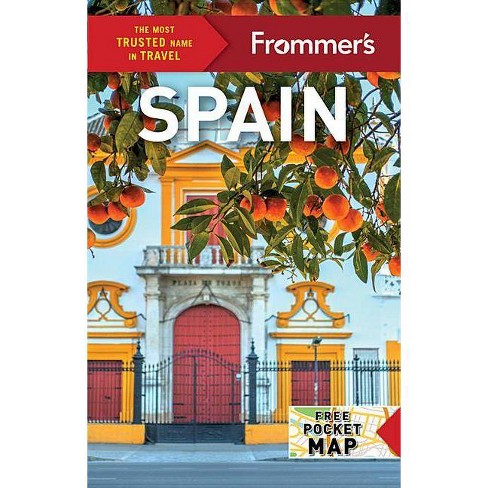 After careers at the BBC and Google, Peter Barron turned his attention to restoring a barn at his finca on the border between Andalucía and Extremadura. He has been visiting Spain for over thirty years and loves flamenco guitar, iberico ham, and manzanilla. He divides his time between Spain and London.

Jennifer Ceaser is a freelance writer and editor who has specialized in travel journalism for two decades. A former New Yorker and staff editor at the New York Post, Jennifer now splits her time between Berlin and Barcelona. She contributes to a variety of publications including Conde Nast Traveler, AFAR, New York Magazine, BBC, Time Out, Coastal Living, and Wine Enthusiast.

Patricia Harris and David Lyon drove almost every twisting mountain road as they researched four previous Frommer's guidebooks about Spain. Founders of HungryTravelers.com, they have a deep appreciation for the perfect codfish croqueta, an honest plate of patatas bravas, or a heap of garlic shrimp. They write about travel, food, wine, spirits and contemporary art for a range of U.S., Canadian, and British journals. When not on the road, they reside in Cambridge, MA, where their kitchen is well stocked with saffron from Consuegra, smoked paprika from Extremadura, chorizo from Castilla y León, and a Valencian paella pan to bring them all together.

Trained in Florence, at NYU's Institute of Fine Arts, and at the Harvard University Art Museums in art history and art conservation, Will Shank has preserved priceless paintings (Frida Kahlo in Mexico, Salvador Dalí in Madrid) in some of the world's finest museums. In 2000 he decided that working 9-to-5 was not for him, and since leaving his day job at the San Francisco Museum of Modern Art, he has been spotted climbing scaffolding in places like Pisa, Paris and Amsterdam, where he has restored aging murals of the American pop artist Keith Haring. In spite of his passion for high culture, he is consistently unable to convince his teenage daughter Stassa to set foot into an art museum. Will and his husband, artist U.B. Morgan, who emigrated to Spain from the Bay Area in 2006, own both a historic home in Barcelona's Gothic Quarter and a terraced vineyard in the cava country of Catalunya, where their rural activities are dictated by the harvests of the grapes, the olives and a large field of lavender. In the past few decades Will has shared his deep knowledge of art in publications like London's The Art Newspaper and various travel guides. He has written about LGBT issues for The Advocate and Towleroad, and about preservation topics for San Francisco Magazine and Preservation. Formerly a film critic for the Bay Area Reporter and frequently an art critic for Barcelona's English language Metropolitan, Will finds that he enjoys writing about food and wine as much as he does about culture. He is co-author, with Jim van Buskirk, of Celluloid San Francisco, an armchair travel guide to movie locations in the Bay Area.


A proud Scotsman, Murray Stewart is an award-winning travel writer who has written, co-authored and updated several travel guidebooks over the last decade. Prior to 2009, he 'enjoyed' a career in corporate restructuring, shutting factories, putting people out of work and generally spreading mirth and joy across the world of big business. During this time, he received a parliamentary commendation for rescuing a pea-processing factory in the east of England. His travelling has taken him to over 60 countries, including periods teaching English in Chile and Mexico as well as corporate consultancy assignments in Spain and Bulgaria. In 2016, his 'Basque Country and Navarre' first edition won the British Guild of Travel Writers' Award for 'Best Travel Guidebook.' A part-time pilgrim, he has walked four routes of the Camino de Santiago pilgrims' route, including the 1000 miles from Le Puy-en-Velay in France to Santiago de Compostela in Spain, raising thousands of pounds for charity in the process. In his downtime, he keeps fit by swimming and cycling, and enjoys the pursuit of lost causes - such as supporting Scotland's national rugby team. He resides in Amersham.