Game of My Life Philadelphia Eagles - by Bob Gordon (Hardcover) 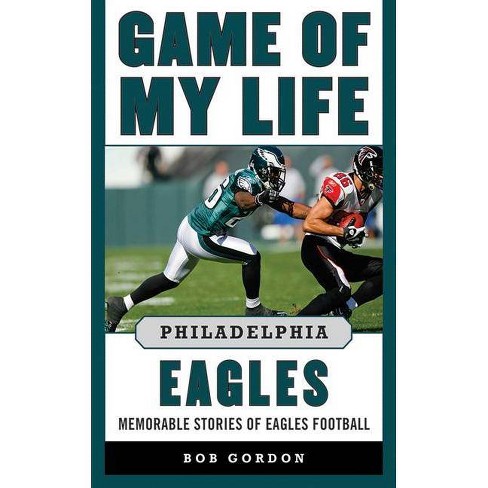 $24.95
no reviews yet
be the first!be the first! ratings
Shipping
Not available
Help us improve this page

In these pages, several legendary Eagles players share their fondest memories as each one recalls the game that sticks out the most from his Eagles career. The games they choose may very well be the one with which you most associate them--a championship game, a playoff game, or a heralded comeback. But a fair number of choices may surprise you, as some Eagles cite encounters that time and history have buried deep within history's vault. No matter which game each player chooses as his most memorable, each one tells a story. Each fills in a bit more of the complex legacy that defines the Philadelphia Eagles. More importantly, and certainly more poignantly, each story humanizes the larger-than-life warriors who strapped on their winged helmet each Sunday and played for the glory of the city of Philadelphia.

Some of the former Eagles players profiled in this book are: - Chuck Bednarik
- Brian Dawkins
- Tommy McDonald
- Bill Bergey
- Seth Joyner
- Keith Jackson
- Mike Quick
- Vai Sikahema
- Garry Cobb
- William Thomas
- Brian Baldinger
- Claude Humphrey
- Bill Bradley
- Lito Sheppard
- Vince Papale The new edition includes a fresh introduction, which explores the vicissitudes of the Andy Reid era, recounts the emergence of 21st-century stars like DeSean Jackson and Brian Westbrook, and dives into much, much more Eagle lore. Skyhorse Publishing, as well as our Sports Publishing imprint, are proud to publish a broad range of books for readers interested in sports--books about baseball, pro football, college football, pro and college basketball, hockey, or soccer, we have a book about your sport or your team. Whether you are a New York Yankees fan or hail from Red Sox nation; whether you are a die-hard Green Bay Packers or Dallas Cowboys fan; whether you root for the Kentucky Wildcats, Louisville Cardinals, UCLA Bruins, or Kansas Jayhawks; whether you route for the Boston Bruins, Toronto Maple Leafs, Montreal Canadiens, or Los Angeles Kings; we have a book for you. While not every title we publish becomes a New York Times bestseller or a national bestseller, we are committed to publishing books on subjects that are sometimes overlooked by other publishers and to authors whose work might not otherwise find a home.
If the item details above aren’t accurate or complete, we want to know about it. Report incorrect product info.