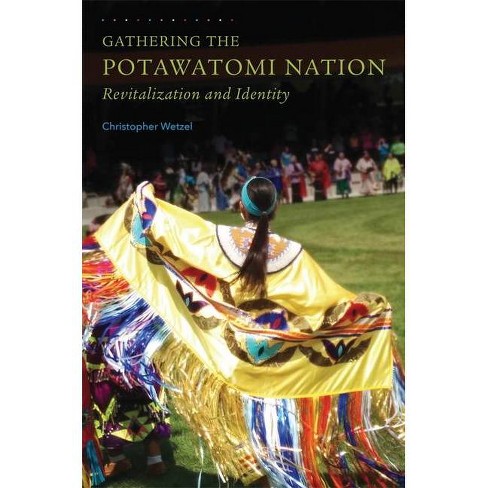 Following the 1833 Treaty of Chicago, the Potawatomis, once concentrated around southern Lake Michigan, increasingly dispersed into nine bands across four states, two countries, and a thousand miles. How is it, author Christopher Wetzel asks, that these scattered people, with different characteristics and traditions cultivated over two centuries, have reclaimed their common cultural heritage in recent years as the Potawatomi Nation? And why a "nation"--not a band or a tribe--in an age when nations seem increasingly impermanent? Gathering the Potawatomi Nation explores the recent invigoration of Potawatomi nationhood, looks at how marginalized communities adapt to social change, and reveals the critical role that culture plays in connecting the two.

Wetzel's perspective on recent developments in the struggle for indigenous sovereignty goes far beyond current political, legal, and economic explanations. Focusing on the specific mechanisms through which the Potawatomi Nation has been reimagined, "national brokers," he finds, are keys to the process, traveling between the bands, sharing information, and encouraging tribal members to work together as a nation. Language revitalization programs are critical because they promote the exchange of specific cultural knowledge, affirm the value of collective enterprise, and remind people of their place in a larger national community. At the annual Gathering of the Potawatomi Nation, participants draw on this common cultural knowledge to integrate the multiple meanings of being Potawatomi. Fittingly, the Potawatomis themselves have the last word in this book: members respond directly to Wetzel's study, providing readers with a unique opportunity to witness the conversations that shape the ever-evolving Potawatomi Nation.

Published through the Recovering Languages and Literacies of the Americas initiative, supported by the Andrew W. Mellon Foundation.
If the item details above aren’t accurate or complete, we want to know about it. Report incorrect product info.