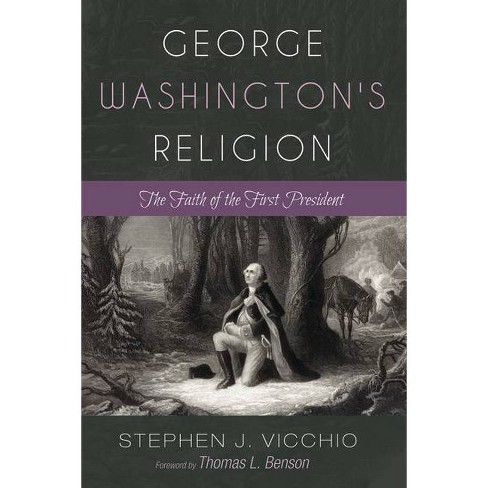 ""The category of American civil religion has never been more important to understanding the United States of America. This probing investigation of the religious beliefs of the first president of the United States is thereby essential for any proper understanding of the USA, whether then or now. Vicchio has written a lucid, powerful account of Washington's varied religious beliefs, and Vicchio's panoramic perspective will dazzle and appeal to scholars in a variety of fields."" --Martin Shuster, Assistant Professor of Philosophy and Director of Judaic Studies, Goucher College

""Unlike founders such as Jefferson, Hamilton, and Madison, Washington is known best for his deeds rather than his words and thoughts. Stephen Vicchio remedies this by giving a clear and comprehensive account of Washington's views on religion. He shows us a man who thought seriously about religion and its relation to politics throughout his life."" --Christopher Kelly, Professor, Department of Political Science, Boston College

""Stephen Vicchio's rich portrait of Washington's religious beliefs is a crucial resource for understanding the first president as a religious man. Equally valuable is his deft exposition of the context that shaped Washington and other founding fathers, and the influence of Washington's view of the role religion plays in the public sphere. This book is an invaluable contribution to the ongoing discussion of religious liberty in the United States."" --Matthew R. Sayers, Associate Professor of Religion, Lebanon Valley College

""If there is anything new and interesting to say about George Washington, polymath Stephen Vicchio can be trusted to say it. And so he has in George Washington's Religion. Bringing philosophical, historical, and theological wisdom together with a clear narrative, Vicchio has found much in Washington's religious biography to keep the reader engrossed and informed to the last page. Anyone interested in Washington will find this a must read."" --Christopher Dreisbach, Krieger School of Arts and Sciences, Johns Hopkins University