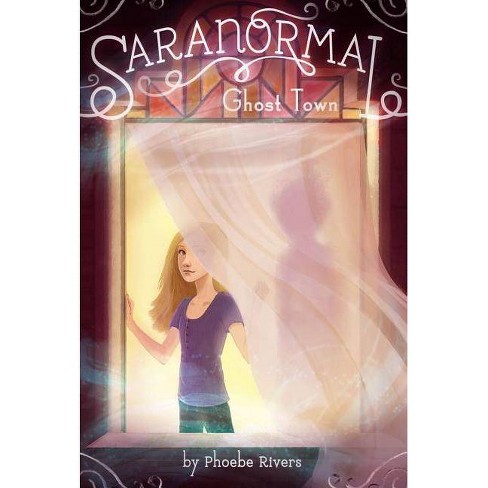 $5.99
0 out of 5 stars with 0 reviews
be the first!be the first! ratings
Help us improve this page

In this start to a paranormal series, Sara's new town has a lot of history--and a lot of ghosts who want to tell her all about it. Sara Collins is a normal twelve-year-old girl with an abnormal secret: She is psychic. She's had her abilities for as long as she can remember, but she doesn't like to talk about them. She hopes that if she ignores them, they might go away. Sara wants nothing more than to have a normal life, and to her, "normal" doesn't include anything paranormal.
But Sara's life is about to be turned upside down, because she's moving across the country with her dad to an old shore town in New Jersey. A shore town with a lot of history...and more than its fair share of ghosts roaming around. As Sara tries to settle into her new home, she discovers that for the first time, the ghosts around her can communicate with her. One ghost in particular desperately needs something from her and won't leave her alone. Sara wants to help, but she's scared. Can Sara put her fear aside and help the spirit? Will doing so put her in jeopardy?
Meanwhile, Sara meets a great local girl named Lily Randazzo, and against all odds, really bonds with her. Sara has made a true friend for the first time in her life. Maybe New Jersey isn't so bad after all....
If the item details above aren’t accurate or complete, we want to know about it. Report incorrect product info.