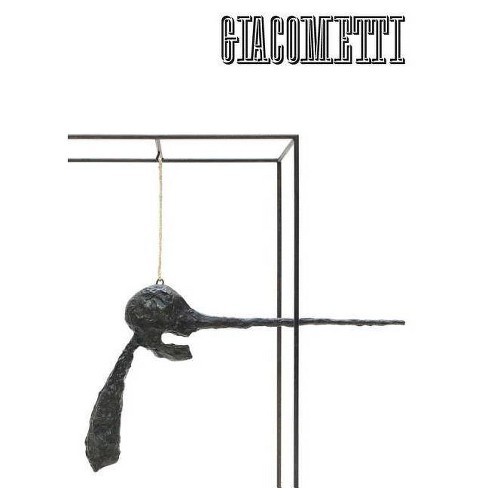 $33.99
MSRP$55.00
no reviews yet
be the first!be the first! ratings
Shipping
Free standard shipping with RedCard
Loading, please wait...
Help us improve this page

A fresh appraisal of Giacometti's output, from painting to sculpture

This comprehensive survey of the work of the Swiss-born modern master Alberto Giacometti offers a fresh and incisive account of his creative output. Published on the occasion of Giacometti's first major museum presentation in the US in over a decade, the volume brings together nearly 200 sculptures, paintings and drawings to trace the artist's wide-ranging and hugely innovative engagement with the human form across various mediums.

While Giacometti may be best known for his distinct figurative sculptures that emerged after World War II, including a series of elongated standing women, striding men and expressive busts, this volume devotes equal attention to the artist's early and midcareer development. It explores his lesser-known engagement with Cubism and Surrealism as well as African, Oceanic and Cycladic art, while also highlighting his remarkable talents as a draftsman and painter alongside his sculptural oeuvre. Of particular focus is Giacometti's studio practice, which is examined through rarely seen plaster sculptures that highlight the artist's working process, in addition to historical photographs documenting his relationship with the Solomon R. Guggenheim Museum--which hosted the artist's first US museum exhibition, in 1955--and with New York City.

Alberto Giacometti was born in Borgonovo, Switzerland, in 1901. In 1922, Giacometti settled in Paris, and began to exhibit his sculptures. By 1930 he was a participant in the Surrealist circle, up until 1934--also the year that he first exhibited in the US, at the legendary Julien Levy Gallery in New York. From 1942, Giacometti lived in Geneva, where he associated with the publisher Albert Skira. In 1948, he was given a solo show at the Pierre Matisse Gallery, New York. In 1955, he received retrospectives at the Arts Council Gallery, London, and the Solomon R. Guggenheim Museum, New York. He received the Sculpture Prize at the 1961 Carnegie International in Pittsburgh. In 1965, retrospective exhibitions were organized by the Tate Gallery, London, The Museum of Modern Art, New York, and the Stedelijk Museum, Amsterdam. Giacometti died in 1966.