Girl in a Band - by Kim Gordon (Paperback) 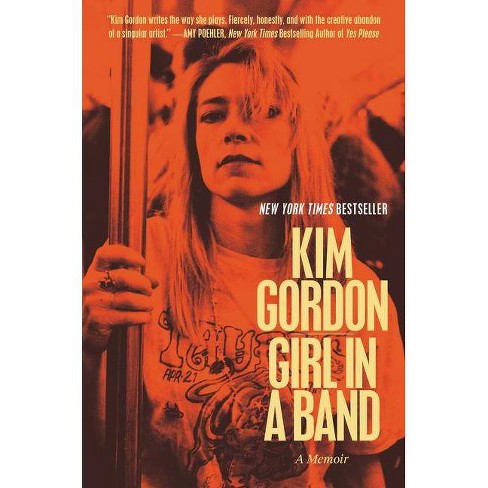 "Unconventional. . . . Not a garden-variety rock memoir . . . [but] a strange and lovely book about a woman finding and losing herself onstage and off and crafting a complicated creative life when none of the molds quite fit."--Los Angeles Times Book Review

"More than a memoir, though one of the most riveting music biographies ever penned."--Examiner.com

For many, Kim Gordon, vocalist, bassist, and founding member of Sonic Youth--one of the most influential and successful bands to emerge from the post-punk New York scene--has always represented the epitome of cool. And almost as celebrated as the band's defiantly dissonant sound was the marriage between Gordon and her then husband, Thurston Moore. When it was announced that the couple was splitting after twenty-seven years of marriage, fans were devastated.

In Girl in a Band, this famously reserved superstar speaks candidly about her past and the future. From her childhood in the sunbaked suburbs of Southern California, growing up with a mentally ill sibling, to New York's downtown art and music scene in the eighties and nineties and the birth of a band that would pave the way for acts like Nirvana, as well as help inspire the Riot Grrl generation, here is an edgy and evocative portrait of a life in art.

Exploring the artists, musicians, and writers who influenced her, and the relationship that defined her life for so long, Girl in a Band is filled with the sights and sounds of a pre-Internet world and is a deeply personal portrait of a woman who has become an icon.