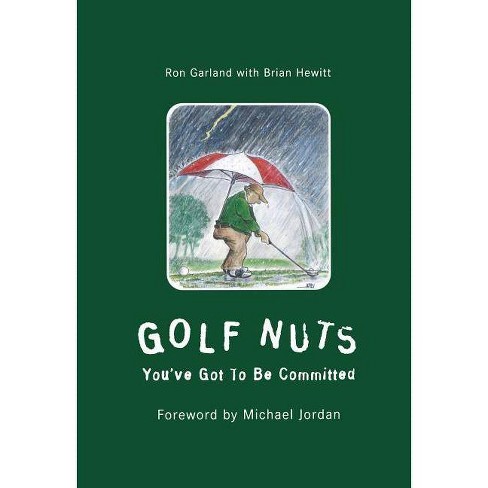 Ron Garland is the founder of the Golf Nuts Society. He was born and raised in southern California. He currently lives in Salt Lake City, Utah, with his wife, Judy. They have one son, Ryan, and one daughter, Kristin. None of the rest of his family is a Golf Nut. After getting his Bachelor's degree in education from Humboldt State University in Arcata, California, Garland taught for two years and then entered sales where he has been working for over 30 years. He won the Oregon Amateur in 1986. His hobbies include golf, golf, golf, golf, golf, golf, and oh yes, fly fishing and creative design.

Brian Hewitt is Senior Editor of "Golfweek" magazine where he oversees the "Golfweek Preferred" section of the publication. He was born in Princeton, NJ and raised in Chicago. He has written for the "Los Angeles Times," "National Sports Daily" and "Chicago Sun Times." He has won several writing awards from the Golf Writers Association of America. He received a B.A. in Communications from Stanford University. He has authored on other book: "Refrigerator Perry and the Monsters of the Midway," a book about the 1995 Super Bowl champion Chicago Bears. He now resides in Orlando, FL.