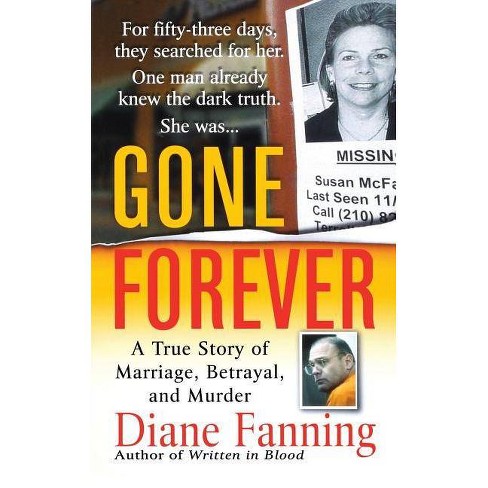 A BAFFLING DISAPPEARANCE
Susan McFarland was a vivacious, successful mother of three young sons. On November 25, 2002, she disappeared. Three days later, her car was found, keys in the ignition. Later that day, her husband reported her missing--and a desperate search began.

A SILENT HUSBAND
Her friends and family hoped against hope that Susan was not gone forever. But investigators became increasingly suspicious of Richard McFarland. When the charred, decomposed body of Susan McFarland was finally discovered at an overgrown farmstead outside of San Antonio, a new hunt began--for justice.

A SHOCKING STORY--TOLD FOR THE FIRST TIME
McFarland maintained his innocence, and investigators only had circumstantial evidence against him. While headlines screamed out new details in the case, and police tried to gather more evidence, a blockbuster trial was about to begin. Then, Richard McFarland finally spoke...and a terrifying, chilling truth came out...