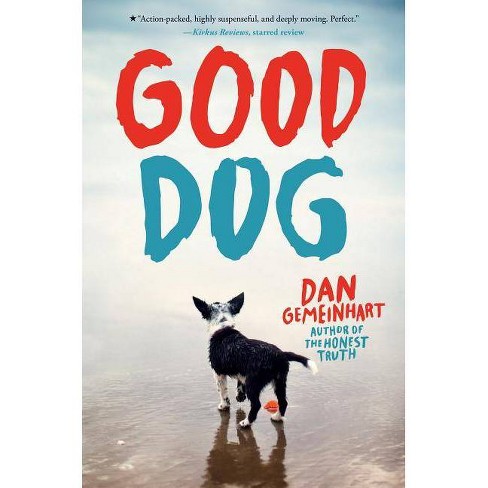 Praise for Good Dog:
*Action-packed, highly suspenseful, and deeply moving. Perfect. -- Kirkus Reviews, starred review Praise for The Honest Truth: A New York Times Editors' Choice selection
An Amazon.com Best Book of the Month
An Indie Next List selection *An emotionally hard-hitting survival story... A gripping page-turner. -- Publishers Weekly, starred review An impressive combination of suspenseful adventure thriller and cancer narrative... Touching but unsentimental, this is a deeply moving adventure. -- Booklist Gemeinhart presents a rousingly riveting two-hanky read. -- Kirkus Reviews Praise for Some Kind of Courage: A 2017-2018 Texas Bluebonnet Award nominee *This is true adventure with strong underpinnings of moral courage and love... Poignant and real. -- Kirkus Reviews, starred review *Exhilarating and enthralling, Courage promises even the most reluctant readers a breakneck adventure that will keep them turning the pages with utter devotion. -- Booklist, starred review This is a terrific book, morally thoughtful and wonderfully well told, that 9- to 14-year-olds are likely to cover at a gallop. -- The Wall Street Journal Praise for Scar Island: An Amazon.com Best Book of the Month
A Junior Library Guild selection *Lord of the Flies set on Alcatraz... It's grotesque, compelling, over-the-top, yet fully realized, and nothing like Gemeinhart's previous work. Children who respond to it well will read it over and over again. -- Kirkus Reviews, starred review Holes meets Lord of the Flies in this fast-paced novel... Told with pathos and compassion, this rises above the label of survival story and examines the way truth and redemption are interconnected in one troubled boy's life. -- Booklist A poignant, action-packed story with references to classics Robinson Crusoe and Lord of the Flies... Gemeinhart creates a compulsively readable story with enough teasers to keep the mystery alive until the very end. -- School Library Journal
If the item details above aren’t accurate or complete, we want to know about it. Report incorrect product info.