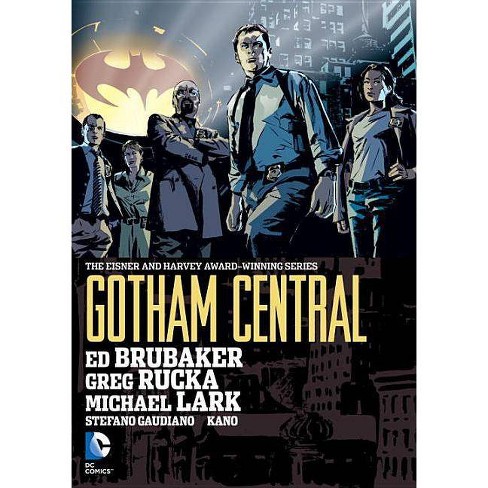 $64.99
MSRP$99.99
no reviews yet
be the first!be the first! ratings
Shipping
Free standard shipping with RedCard
Help us improve this page

"Realistic, gritty, and most importantly, a treat to read!"--Ain't It Cool News "Compelling drama...a great example of the literary and artistic maturity of the graphic novel format."--School Library Journal "Outstanding...a deft mash-up of the super-hero saga and police procedural."--Booklist "This Greg Rucka/Ed Brubaker/Michael Lark monthly comic was short-lived but absolutely fantastic. Essentially Homicide: Life on the Street where the criminals are all costumed lunatics, Gotham Central focused on the nitty-gritty police work performed by its gigantic cast of detectives."--Entertainment Weekly

"Critically acclaimed Gotham Central was a distinctly grounded take on the Batman mythology filled with an ensemble cast who were particularly unlikely to show up in that month's issue of Justice League or Superman--imagine Hill Street Blues, but with the Joker showing up to cause mass terror every now and again."--Hollywood Reporter "By making the Gotham City Police Department the central focus of the series, writers Ed Brubaker and Greg Rucka created a comic book that read like a gritty crime fairy tale set in the most twisted city in the DC Universe."--Complex
If the item details above aren’t accurate or complete, we want to know about it. Report incorrect product info.