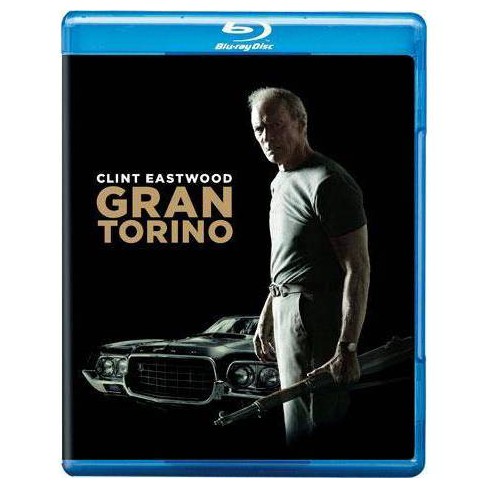 $7.99
MSRP$9.98
undefined out of 5 stars with 0 reviews
be the first!be the first! ratings
Help us improve this page

Retired auto worker Walt Kowalski fills his days with home repair, beer, and monthly trips to the barber. Though his late wife's final wish was for him to take confession, for Walt--an embittered veteran of the Korean War who keeps his M-1 rifle cleaned and ready--there's nothing to confess. And no one he trusts enough to confess to other than his dog, Daisy.

The people he once called his neighbors have all moved or passed away, replaced by the Hmong immigrants he despises. Resentful of virtually everything he sees--the drooping eaves, overgrown lawns and the foreign faces surrounding him; the aimless gangs of Hmong, Latino and African American teenagers who all think the neighborhood belongs to them; the callow strangers his children have grown up to be--Walt is just waiting out the rest of his life.

Until the night someone tries to steal his Gran Torino.

Still gleaming as it did the day Walt himself helped roll it off the assembly line decades ago, the Gran Torino brings his shy teenaged neighbor Thao (Bee Vang) into his life when Hmong gang-bangers pressure the boy into trying to steal it.

But Walt stands in the way of both the heist and the gang, making him the reluctant hero of the neighborhood--especially to Thao's mother and older sister, Sue (Ahney Her), who insist that Thao work for Walt as a way to make amends. Though he initially wants nothing to do with these people, Walt eventually gives in and puts the boy to work fixing up the neighborhood, setting into motion an unlikely friendship that will change both their lives.

Through Thao and his family's unrelenting kindness, Walt eventually comes to understand certain truths about the people next door. And about himself. These people--provincial refugees from a cruel past--have more in common with Walt than he has with his own family, and reveal to him parts of his soul that have been walled off since the war...like the Gran Torino preserved in the shadows of his garage.
If the item details above aren’t accurate or complete, we want to know about it. Report incorrect product info.