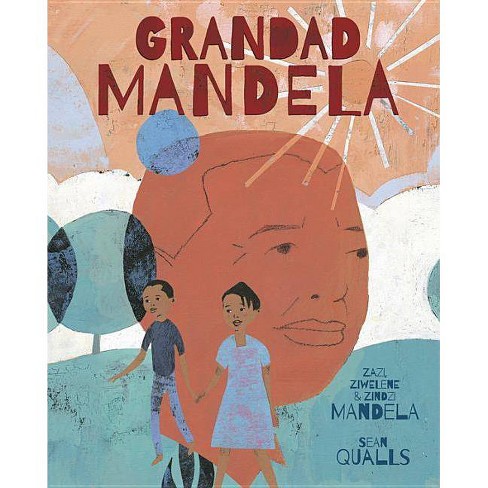 Two great-grandchildren ask their grandmother questions about the man they remember as Grandad, and the world remembers as Nelson Mandela. Authored jointly by his daughter and great-grandchildren, this amazing story celebrates Mandela's 100th birthday. Full color.

"...profoundly moving..." --Publishers Weekly Zazi and Ziwelene's great-grandad is called Nelson Mandela. Once day, they ask their grandmother 15 questions about him and his life. As their conversation unfolds, Zazi and Ziwelene learn that Nelson Mandela was a freedom fighter, a President, and a Nobel Peace Prize-winner, and that they can carry on his work today. Seen through a child's perspective, authored jointly by Nelson Mandela's great-grandchildren and daughter, and published in collaboration with Mandela Legacy Media, this book brings Nelson Mandela's incredible story alive for a new generation of children.

Ambassador Zindzi Mandela is a South African freedom fighter, diplomat, writer, speaker, cultural advocate and favorite Grandma. She is the last born child of Mrs Winnie Madikizela- Mandela and President Nelson Mandela, and was only 18 months old when her father went to prison. In 1985, when she was 25 years old, she read Nelson Mandela's famous refusal to accept the offer of conditional release from President P. W. Botha to a packed football stadium in Soweto, saying his words, 'I cannot and will not give any undertaking at a time when I and you, the people, are not free.' The Ambassador lives in Copenhagen where she serves as South Africa's ambassador to Denmark.

Sean Qualls is an award winning, Brooklyn-based, children's book illustrator, artist and author. He has illustrated a number of highly acclaimed books for children, including Giant Steps to Change The World by Spike Lee and Tonya Lewis-Lee, Little Cloud and Lady Wind by Toni Morrison and her son Slade, and Before John Was a Jazz Giant, for which he received a Coretta Scott King Illustration Honor. Sean also created the art for Dizzy by Jonah Winter and Skit Scat Raggedy Cat by Roxane Orgill. His work has received two Blue Ribbon citations from the Bulletin of the Center for Children's Books. Qualls has created illustrations for magazines, newspapers, and advertisements and his work has been shown in galleries in New York and across the country.