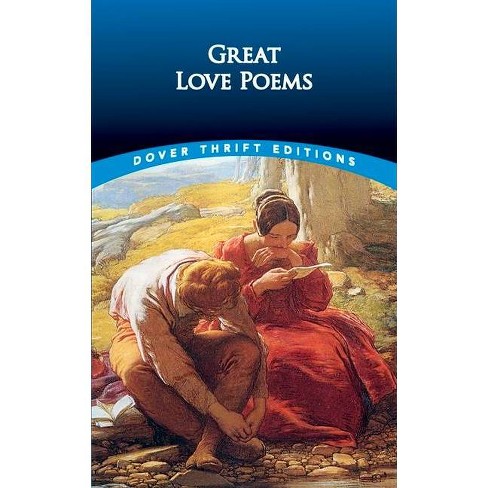 Over 150 familiar works by English and American poets: John Donne's "The Ecstasy," William Blake's "The Garden of Love," as well as poems by Shakespeare, Milton, Keats, Whitman, Dickinson, many more.

Never give all the heart, for love
Will hardly seem worth thinking of
To passionate women if it seem
Certain, and they never dream
That it fades out from kiss to kiss;
For everything that's lovely is
But a brief, dreamy, kind delight.
-- W. B. Yeats
Down through the millennia the emotion of love has inspired countless poets to great heights of lyrical expression. In this volume readers can sample more than 150 great love poems by English and American poets. Spanning over four centuries of literary creation in the service of amour, the works include a selection of Shakespeare's sonnets, John Donne's "The Ecstasy," William Blake's "The Garden of Love," Robert Burns's "The Banks o'Doon" and "John Anderson My Jo," Lord Byron's "She Walks in Beauty," Edgar Allan Poe's "Annabel Lee," Robert Browning's "Meeting at Night," as well as works by W. B. Yeats, Emily Dickinson, Walt Whitman, Elizabeth Barrett Browning, John Keats, Christopher Marlowe, Ben Jonson, John Milton, Richard Lovelace, Sir John Suckling, Matthew Arnold, A. E. Housman, Edna St. Vincent Millay, and Robert Frost.
If the item details above aren’t accurate or complete, we want to know about it. Report incorrect product info.