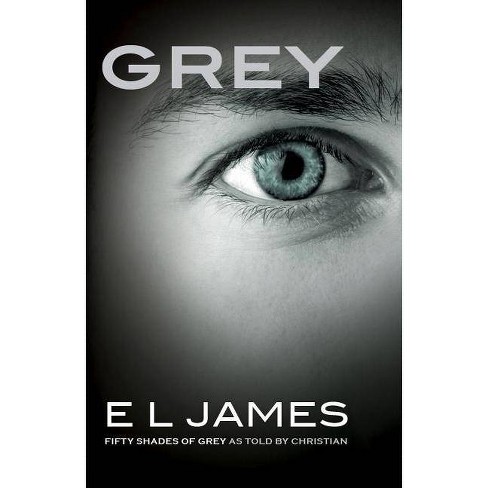 "'Fifty shades of Grey' as told by Christian"--Cover.

E L James is an incurable romantic and a self-confessed fangirl. After twenty-five years of working in television, she decided to pursue a childhood dream and write stories that readers could take to their hearts. The result was the controversial and sensuous romance Fifty Shades of Grey and its two sequels, Fifty Shades Darker and Fifty Shades Freed. In 2015, she published the #1 bestseller Grey, the story of Fifty Shades of Grey from the perspective of Christian Grey, and in 2017, the chart-topping Darker, the second part of the Fifty Shades story from Christian's point of view. Her books have been published in fifty languages and have sold more than 150 million copies worldwide. E L James has been recognized as one of Time magazine's "Most Influential People in the World" and Publishers Weekly's "Person of the Year." Fifty Shades of Greystayed on The New York Times Best Seller List for 133 consecutive weeks. Fifty Shades Freed won the Goodreads Choice Award (2012), and Fifty Shades of Greywas selected as one of the 100 Great Reads, as voted by readers, in PBS's The Great American Read (2018). Darker has been long-listed for the 2019 International DUBLIN Literary Award. She coproduced for Universal Studios the Fifty Shades movies, which made more than a billion dollars at the box office. The third installment, Fifty Shades Freed, won the People's Choice Award for Drama in 2018. E L James is blessed with two wonderful sons and lives with her husband, the novelist and screenwriter Niall Leonard, and their West Highland terriers in the leafy suburbs of West London.

E L James revisits the world of Fifty Shades with a deeper and darker take on the love story that has enthralled millions of readers around the globe.

Look for E L James' passionate new love story, The Mister, available now. Christian Grey exercises control in all things; his world is neat, disciplined, and utterly empty--until the day that Anastasia Steele falls into his office, in a tangle of shapely limbs and tumbling brown hair. He tries to forget her, but instead is swept up in a storm of emotion he cannot comprehend and cannot resist. Unlike any woman he has known before, shy, unworldly Ana seems to see right through him--past the business prodigy and the penthouse lifestyle to Christian's cold, wounded heart. Will being with Ana dispel the horrors of his childhood that haunt Christian every night? Or will his dark sexual desires, his compulsion to control, and the self-loathing that fills his soul drive this girl away and destroy the fragile hope she offers him? This book is intended for mature audiences.
If the item details above aren’t accurate or complete, we want to know about it. Report incorrect product info.