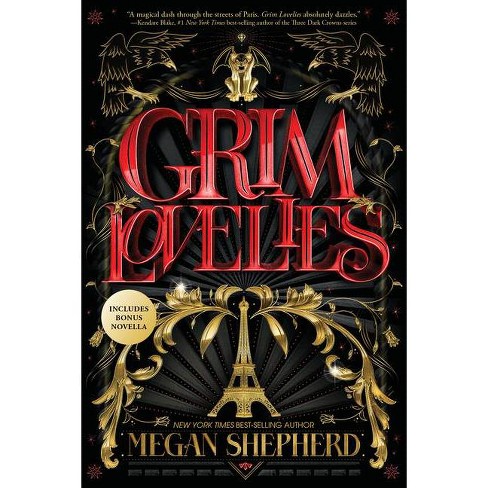 $7.79
MSRP$9.99
undefined out of 5 stars with 0 reviews
be the first!be the first! ratings
Help us improve this page

"A magical dash through the streets of Paris. Part caper, part fairy tale, part opulent witch society, you'll be swept away by all of it. GRIM LOVELIES absolutely dazzles." --Kendare Blake, #1 NYT bestselling author of the Three Dark Crowns series "A darkly enchanting saga...bound to attract fans of Leigh Bardugo, Holly Black, and more." --Entertainment Weekly "I lost myself in this magical book." --Stephanie Garber, New York Times bestselling author of Caraval and Legendary
Seventeen-year-old Anouk envies the human world, where people known as Pretties lavish themselves in fast cars, high fashion, and have the freedom to fall in love. But Anouk can never have those things, because she is not really human. Enchanted from animal to human girl and forbidden to venture beyond her familiar Parisian prison, Anouk is a beastie: destined for a life surrounded by dust bunnies and cinders serving Mada Vittora, the evil witch who spelled her into existence. That is, until one day she finds her mistress murdered in a pool of blood--and Anouk is accused of the crime. Now, the world she always dreamed of is rife with danger. Pursued through Paris by the underground magical society known as the Haute, Anouk and her fellow beasties only have three days to find the real killer before the spell keeping them human fades away. If they fail, they will lose the only lives they've ever known...but if they succeed, they could be more powerful than anyone ever bargained for. From New York Times bestselling author Megan Shepherd, Grim Lovelies is the glittering first book in a new, epic YA fantasy series. Prepare to be spellbound by the world of Grim Lovelies, where secrets have been long buried, friends can become enemies, and everything--especially humanity--comes at a price. This paperback edition includes a bonus prequel novella!
If the item details above aren’t accurate or complete, we want to know about it. Report incorrect product info.