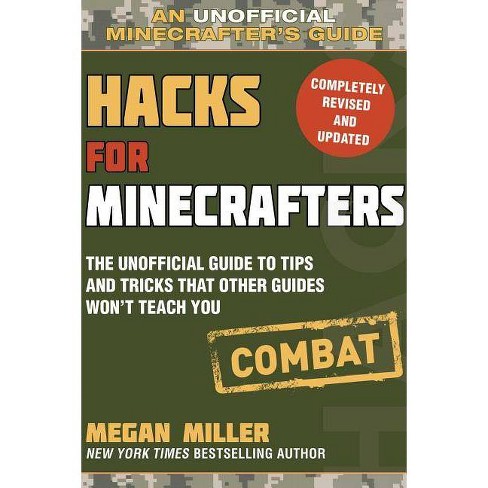 $4.99
MSRP$7.99
undefined out of 5 stars with 0 reviews
be the first!be the first! ratings
Help us improve this page

Bestselling author! An all-encompassing, full-color guide to combat in the world of Minecraft. With hundreds of millions of users, Minecraft is one of the world's most played games and one of the world's biggest children's brands. Hacks for Minecrafters: Combat Edition covers function and crafting systems, illusioners, parrots, and building materials like glazed terracotta and concrete. In Hacks for Minecrafters: Combat Edition, readers will learn how to defend their property and fight off hostile mobs and monsters like zombies, spiders, and skeletons! Other tips include:

Packed with expert tips, cheats, and hacks on fighting all types of enemies and with more than one hundred screenshots, Hacks for Minecrafters: Combat Edition shows exactly how the experts defend themselves and fight attackers, from cave spiders to creepers to zombie pigmen. In Minecraft, the risk of attack is ever-present, and players need to know how to build weapons, set traps, and escape to safety.
If the item details above aren’t accurate or complete, we want to know about it. Report incorrect product info.

Get it by Wed, Mar 3 with free Standard Shipping