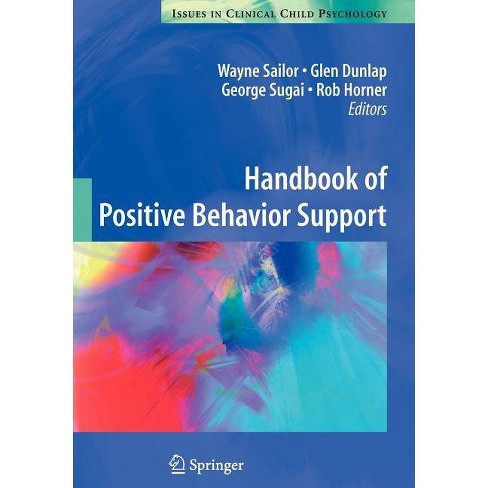 $179.99
no reviews yet
be the first!be the first! ratings
Shipping
Free standard shipping with RedCard
Loading, please wait...
Help us improve this page

With its origins and conceptual underpinnings in the applied behavior analysis arm of psychology, positive behavior support (PBS) emerged during the 1980s as a comprehensive approach to addressing the need for community support for persons with disabilities who engage in challenging behavior. As a field of endeavor, PBS has experienced phenomenal growth over a span of 25 years and is now an integral component of public education in many schools in practically every state in the United States.
As an applied science of human behavior, PBS brings together the precision of a careful, analytical examination of the functions of problem behavior and relies on a broader framework of person-centered values to guide support through teaching alternative skill repetoires. Therefore, PBS involves a conceptual shift in addressing challenges presented by difficult behavior associated with disabilities - this shift is away from a direct and focused effort to simply reduce the occurrence of such behavior (sometimes with the use of punishing consequences) to a comprehensive values-based approach that eschews highly aversive consequences in favor of a teaching model focused on both the person and the person's total life span or ecology.
Currently, the field of positive behavior support offers a significant and expanding scientific basis for the functional analysis of problem behavior - that is, behavior that impedes learning and development and that, if not addressed, may result in a seriously diminished quality of life for those affected. PBS is now conceptualized as a risk-prevention system applicable at three levels of intervention:
-Universal, or primary applications, directed to all members of a specialized social ecology (e.g., a school).

At all three levels, the process begins with a systematic examination of the total context in which behavior of interest is manifest and addresses interventions that are concerned with each individual's well-being and overall quality of life rather than directing efforts to make individuals "fit in" to existing systems. At teritary levels of intervention, the process begins with a systematic examination of the total context in which problem behavior occurs, including preceding "setting events", biological factors, antecedent occurrences, environmental arrangements, learning styles and histories, and immediate as well as long-range consequences for problem behavior. The science of delineating functions of behavior is called functional behaviorial assessment (FBA).
Results of FBA are then directed to a set of teaching interventions with a system focus which may include multiple persons in a variety of settings, and which are carefully delineated in a document called a positive behavior support plan. Progress on implementation of the plan is carefully monitored and the resultant data periodically reviewed for progress and for any needed modifications. Tertiary interventions are considered to be terminated when an individual has successfully replaced aberrant and antisocial behavior with newly learned skills that are life affirming and socially desirable.
The sum of the three-level system of intervention of positive behavior support affords a comprehensive approach to preventing the emergence of life-restricting behavior through increasing degrees of support, as needed, to build a positive behavioral repetoire with entire social systems. As such, PBS respresents a scientifically validated, applied body of knowledge that spans all ages from early childhood through adulthood. It enables educational and other service providers to fully integrate a technology of sociobehavioral development with other pedagogical efforts to enhance the quality of life of recipients. It does so within a framework of expressed values that emphasize positive interactions directed to sustained lifestyle changes that enable recipients to participate fully in day-to-day community life.