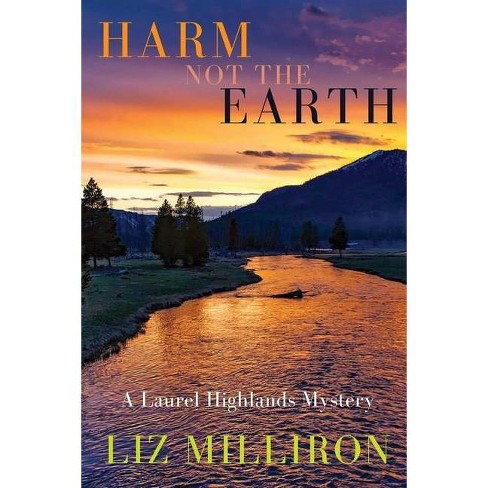 When summer rains flood the Casselman River, State Police Trooper Jim Duncan finds a John Doe in what is initially believed to be a tragic accident.

When Southwest Pennsylvania's summer rains flood the Casselman River, State Police Trooper Jim Duncan finds a John Doe body in what is initially believed to be a tragic accident. But when a second victim, John Doe's partner in an environmental group at odds with a nearby quarry operation, is rescued, all thoughts of accidental drowning are abandoned. After Jim is invited to join the official investigation, he begins to think a career shift might be in his future.

Meanwhile, Assistant Public Defender Sally Castle is approached by an abused woman who is accused of murdering her abuser. Although the rules prevent Sally from taking the case, she steps outside her office to help the woman and discover the truth.

As their separate cases become intertwined, Jim and Sally struggle to determine if their new paths can be traveled together or if they will divide their newly repaired relationship. And equally important, will they be able to bring a killer to justice before another innocent life is lost?

"Like fine wine, this series continues to get better with time, and you want to savor every sip. The prowess of the characters to do the right thing is evident in this well-written and executed mystery that immediately grabbed my attention. Two dead bodies, an accident or murder? and an abused woman, how does she fit in? set the tone for how well this story is being told. Both Jim and Sally look for clues that will lead to the truth in this captivating drama where a web of deceit takes hold. The author does a great job in keeping me intrigued and in suspense as to how this will play out with each piece of the puzzle taking shape, that when completed will point to the person responsible. As usual, the visually descriptive narrative puts me in the middle of all the action with its engaging dialogue, the local setting, and a great cast of characters whose roles are pivotal in the telling of this tale. This is another great read in a terrific series. I look forward to the new adventures awaiting Duncan and Sally." - Dru Ann Love of Dru's Book Musings

​"State Trooper Jim Duncan and public defender Sally Castle make an irresistible crime-fighting duo in Broken Trust, the new mystery in Liz Milliron's Laurel Highlands series. Compelling; fast-paced; and filled with twists as Jim and Sally try to balance their jobs and their personal relationship while on the hunt for a killer in rustic Pennsylvania. Highly recommended." -R.G. Belsky, author of the Clare Carlson mystery series

"Fast-paced, authentic and compelling - this tightly written procedural is action-packed and full of heart. Milliron definitely knows her stuff - what a wonderful new voice in crime fiction!" -Hank Phillippi Ryan, nationally bestselling author of TRUST ME

"Milliron really aces this first in the Laurel Highlands Mysteries. The two protagonists play off each other with a hinted-at romance that's kept at bay. The story lines and suspects kept surprising me, and Milliron proves herself a master of suspense. I highly recommend this novel as well as Murder Most Scenic, her collection of short stories in the same series that preceded Root of All Evil. Now to wait for book two!" -Edith Maxwell, Macavity and Agatha-winning author of Quaker Midwife Mysteries

"Liz Milliron knocks it out of the park with this debut novel. The book grabs you on the first page and does not let you go. This is one of the few times that an ending actually surprised me." -Kait Carson, author of the Catherine Swope and Hayden Kent Mystery series