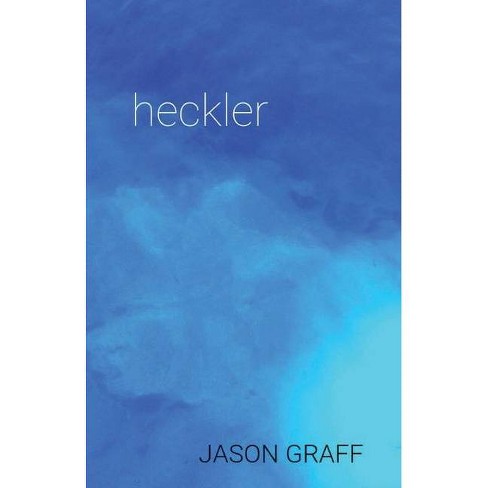 HECKLER by Jason Graff is a story about forgiveness, about intersecting struggles, about ghosts. Three men seek forgiveness and find themselves in a hotel haunted by ghosts.

Sunlight flashed in The Shelby Hotel's windows as a wave of clouds rolled across the sky. At only four stories, it still managed to tower over every other building for miles from atop its perch on Mt. Kneebow. Since drying out, Angus Sperint had come to accept that much of reality, like the fact that his inheritance wouldn't last forever, was indeed sobering, so it would be dusty hotels like The Shelby, in towns like Pittson from there on out. Not that he was really much for luxury, except when it helped him to recover from other kinds of excess.

Across the street, Psycho was playing in an old, rather disused looking movie house. The letters on the marquee were of various shades of sun-bleached red -- the 'y' bright, candy-colored, the 's' a dull pink. Angus pushed through the revolving door into The Shelby's lobby, trying not to think of Norman Bates.

A hint of lemon-scented cleaner tucked into the murky air reminded him of the common room back in rehab. He wiped his forehead and sniffed his hand, still unused to smelling of something other than booze. Behind the desk, a young man with the posture of a boy who'd just started to grow into his adult clothes stood before a catacomb of cubbyholes.