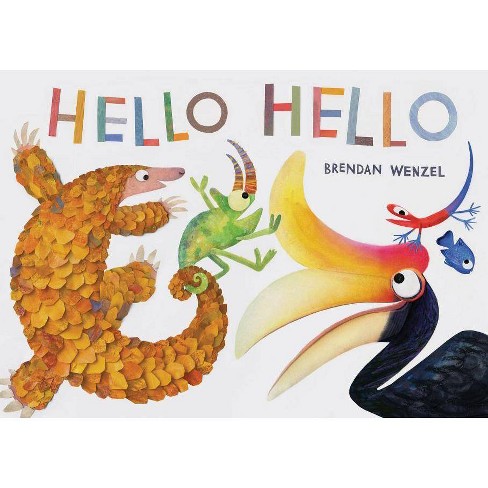 Amazon Best Children's Books of the Year The Washington Post Best Children's Books of the Year Book Riot Favorite Books of the Year So Far Working Mother Best Books of the Year So Far Fatherly Best Children's Books of the Year Common Sense Media Best Books of the Year Evanston Public Library Best Books of the Year ★"Vivacious, utterly appealing." --Booklist, starred review ★""Dynamic images cavorting, reclining, flying, or dancing across and around stark white pages snag both emotions and imaginations . . . that will delight readers everywhere." --Kirkus Reviews, starred review ★ "A celebration of the myriad forms of animal life this planet hosts . . . a joyful way to deliver a message about the fragility of life on Earth and what would be lost if more of it disappeared." --Publishers Weekly, starred review ★ "This uplifting visual delight will inspire a new generation of youngsters to love the natural world." --Shelf Awareness, starred review "One of 2018's must-haves for children." ---Entertainment Weekly "Hello Hello spreads its arms wide, introducing the staggering range of species that share the earth - many of them endangered or threatened. Wenzel's vibrant collaged art and simple rhythms call to mind Eric Carle, with a factual-minded touch." -The New York Times "This exuberant, welcoming look at the hundreds of animals that share the planet with humans is both poignant and lighthearted" --The Washington Post "A subtle exhortation to notice the beauty and variety of animals, especially rare and endangered ones." -The Wall Street Journal "Greet 92 creatures, great and small, pictured in this whirlwind, worldwide tour." --The San Francisco Chronicle "Fun and bright and sure to be a favorite among kids and parents alike." --Book Riot "A satisfyingly complex and immersive experience." --The Horn Book Magazine
If the item details above aren’t accurate or complete, we want to know about it. Report incorrect product info.