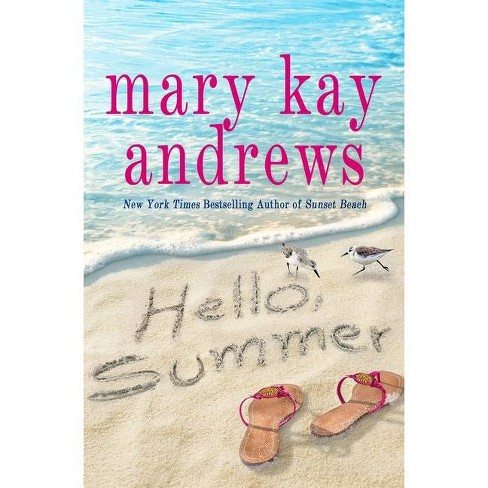 "Conley Hawkins left her family's small town newspaper, The Silver Bay Beacon, in the rear view mirror years ago. Now, after ten years of blood, sweat, and tears, Conley is exactly where she wants to be and is about to take a fancy new position at a [Washington, D.C.], newspaper. That is, until she discovers at her own going-away party that her new job is suddenly gone, disappearing overnight along with her hopes and dreams of a bright future in a big city. Dread in her heart and a sinking feeling in her gut, Conley ends up in the last place she ever wanted to be: The Beacon, now reluctantly run by her [sister]"--

It's a new season... Conley Hawkins left her family's small town newspaper, The Silver Bay Beacon, in the rearview mirror years ago. Now a star reporter for a big-city paper, Conley is exactly where she wants to be and is about to take a fancy new position in Washington, D.C. Or so she thinks. For small town scandals... When the new job goes up in smoke, Conley finds herself right back where she started, working for her sister, who is trying to keep The Silver Bay Beacon afloat--and she doesn't exactly have warm feelings for Conley. Soon she is given the unenviable task of overseeing the local gossip column, "Hello, Summer." And big-time secrets. Then Conley witnesses an accident that ends in the death of a local congressman--a beloved war hero with a shady past. The more she digs into the story, the more dangerous it gets. As an old heartbreaker causes trouble and a new flame ignites, it soon looks like their sleepy beach town is the most scandalous hotspot of the summer.

Andrews can be counted on for beach-worthy depictions of southern women with chutzpah and a talent for finding trouble with humor and romantic interest mixed in. Fans of Elin Hilderbrand and Kristy Woodson Harvey shouldn't miss it. --Booklist

"Hello, Summer is another gem by the always wonderful Mary Kay Andrews." -- PopSugar

"The world of modern journalism, small town politics and relationships are brought to vibrant life by Mary Kay Andrews' deft touch." -- Authorlink Writers & Readers Magazine It isn't Summer until the new Mary Kay Andrews book comes out. This one ties a small-town family owned newspaper with a political scandal and then morphs into a thriller. Seriously amazing!" -- Good Life Family

Sense and Sensibility - by Jane Austen

The Newcomer - by Mary Kay Andrews

The Homewreckers - by Mary Kay Andrews

5 out of 5 stars
Would recommend
Pinky - 7 months ago, Verified purchaser
Just finished reading this book, and I LOVED IT!!! I hated to finish it! Such a good whodunnit to the end, with a little beach romance and family drama thrown in! Mary Kay Andrews is a new favorite writer, and I just purchased 4 more of her books! Can’t wait to start a new one tomorrow!
Did you find this review helpful?

5 out of 5 stars
Would recommend
flowergirl - 1 year ago, Verified purchaser
I enjoyed this book! The first book I’ve read from this author so didn’t have expectations, but thoroughly liked the story and the main character, Conley. Could relate to the story being from Georgia and an advertising major!
Did you find this review helpful?

3 out of 5 stars
CS - 1 year ago, Verified purchaser
Love Mary Kay Andrews. This novel was just okay.
Did you find this review helpful?

4 out of 5 stars
Would recommend
College bounf - 3 years ago, Verified purchaser
Enjoyable light easy read!
Did you find this review helpful?

5 out of 5 stars
Would recommend
Mamaof3 - 3 years ago, Verified purchaser
Mary Kay Andrews never disappoints. Just as with all of her books, I couldn’t put it down! Such a great summer read with all the elements: suspense, romance, drama, comedy, Friendship, etc. you will love her story lines and references to southern culture!
Did you find this review helpful?

Best way to kick off the summer slow-down

5 out of 5 stars
Would recommend
littlebookpage - 3 years ago
Hello Summer by Mary Kay Andrews Released 5.5.20 Mary Kay Andrews is the Queen of summertime reading and her latest and 27th novel, Hello,Summer is the perfect combination of sunsets on the beach, love in the air, and a small town murder investigation. Sarah Conley has spent the last 6 years avoiding her hometown and all the memories that live there, but when her up and coming career as a print journalist unexpectedly comes to a screeching halt, she once again finds herself home in Silver Bay, Florida, arguing with her sister, walking the beach with the boy next door, and unintentionally investigating a tragic accident that leaves a prominent local Congressman dead. Hello, Summer is the consummate summer beach novel, perfect for long lazy days basking in the sun. Reading Mary Kay Andrews is always a true joy and the best way to kick off the summer slow-down!
2 guests found this review helpful. Did you?