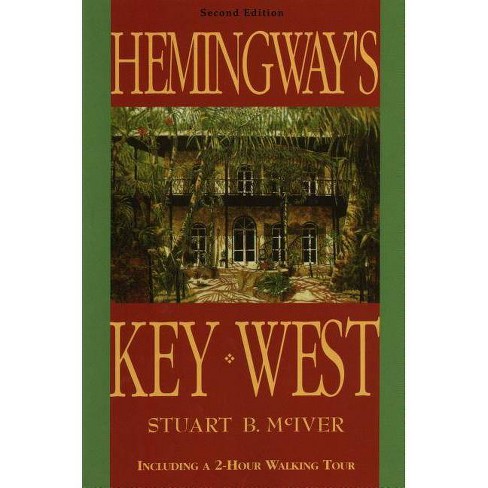 $10.59
no reviews yet
be the first!be the first! ratings
Shipping
Free standard shipping with RedCard
Loading, please wait...
Help us improve this page

The only place in the United States that Hemingway could really call home after he started writing was the tropical island of Key West. During his decade here in the 1930s, he acquired his famed macho persona as Papa, the biggest Big Daddy of them all. This vivid portrait of Ernest Hemingway's Key West reveals both Hemingway, the writer, and Hemingway, the macho, hard-drinking sportsman. His Key West years turned out to be his most productive: he finished A Farewell to Arms, started For Whom the Bell Tolls, and wrote several other books, including Green Hills of Africa, Death in the Afternoon, and To Have and Have Not. He also turned out some of his best short stories. There was plenty of time left over for eating, drinking, fighting, fishing, chasing women, and hanging out with his circle of friends (known as "the Mob"). Hemingway spent the last years of his life in Cuba, and it was here he overcame several demons--accidents, failing health, depression--to write The Old Man and the Sea, for which he won both a Pulitzer and a Nobel Prize in Literature.

Filled with photos (some of which were not available in the first edition), this book also includes a two-hour walking tour of Key West and a tour of Hemingway's favorite Cuban haunts. This edition also includes a record of the author's exploits in Bimini and Cuba. Accompany Hemingway on fishing expeditions in the Gulf Stream and to Cuba and Bimini aboard his custom-built boat, Pilar. A treat for Hemingway fans!