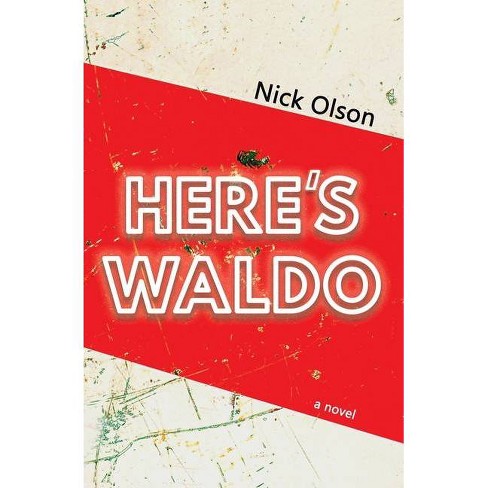 Spanning the late 90s to the 2010s, HERE'S WALDO is a sprawling, tragicomic novel that tracks the story of Waldo Collins, a nerdy kid born in a torn-up town in the shadow of Chicago-unincorporated Des Plaines, IL. It's a story about what it was like to come of age as the new millennium dawned with all its irrevocable changes. A story about the family bonds we're born with and those we create along the way, and about using humor to find light in the dark. About generational trauma and the continuation (or completion) of cycles of violence. It's here we follow Waldo from age eight to twenty-four as he figures out his place in the world, leaves his hometown to become a writer, and ultimately comes back to face everything (and everyone) he left behind. Here's a story of loss, love, grief, guilt, and a search for meaning. Here's Waldo.

"Nick Olson's debut novel occupies an important space in the psyche of American fiction. Spanning sixteen years in the life of Waldo Collins-who isn't quite Holden Caulfield as much as a nerdy, lower-middle class kid growing up in the suburban shadows of Chicago-Here's Waldo (Atmosphere Press, 2020) is a testament to disenfranchisement. A story of loss, trauma, recovery and struggle, which serves as a reminder that being the smartest person in the room will not always save you." - Gauraa Shekhar, Interviews Editor, Maudlin House