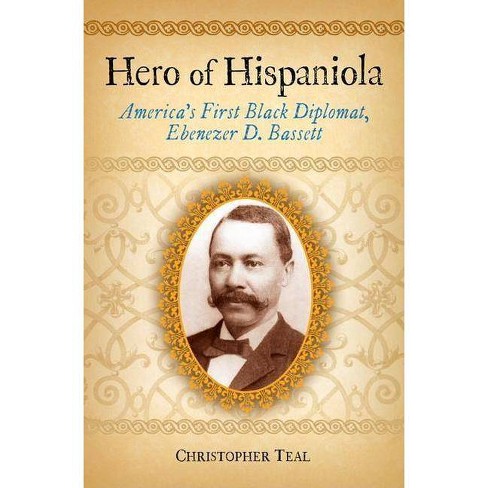 $44.49
no reviews yet
be the first!be the first! ratings
Shipping
Free standard shipping with RedCard
Loading, please wait...
Help us improve this page

We know Colin Powell and Condoleezza Rice as two of today's most high-profile African American political figures, but who paved the way for these notable diplomats? More than one hundred and thirty years ago, Ebenezer D. Bassett served as the first black United States ambassador. In the midst of the aftermath of the Civil War, the U.S. government broke the color barrier by naming this leading educator, abolitionist, and activist to the controversial post of ambassador to the hemisphere's Black Republic - Haiti. For the first time, a nation founded on the principle that all men are created equal would have as its representative abroad someone previously less than equal under the law. This movement toward equality proved to be a force impossible to turn back, leading to a wider acceptance of blacks in U.S. foreign policy. This book lays bare the struggles Bassett faced as a pioneer of racial integration, helping to secure Bassett's legacy as the first African American political figure, a man who not only altered the American political structure, but led the way for all future civil rights advocates.

This book highlights Bassett's achievements, which directly contributed to the racial revolution in the U.S. These include being appointed the first African American diplomat and chief of a U.S. diplomatic mission, leading the integration of public schools, and fighting for equal rights alongside revolutionaries such as Frederick Douglass. Bassett played a critical role in foreign affairs during the late 19th century, the formative years of American expansionism in Latin America and the Caribbean. 2008 marks the 100th anniversary of Bassett's death. Though he is long forgotten by history, his legacy as an innovator, activist, and diplomat lives on, and his life story--a tale of intelligence, integrity, and bravery--serves as an inspiration to patriotic Americans of all races and backgrounds. Hero of Hispaniola secures Bassett's legacy as the first African American political figure, a man who not only altered the American political structure, but led the way for all future civil rights advocates to follow.