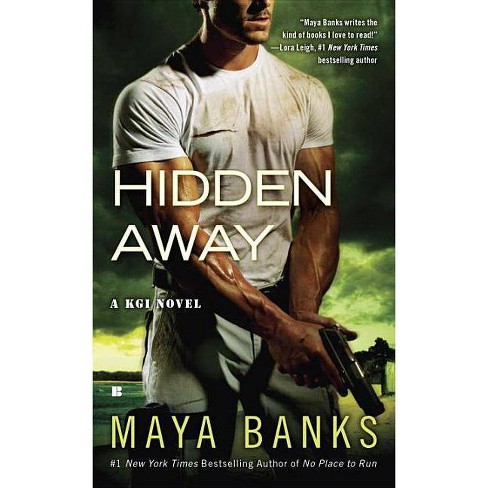 Most people would take an all-expense-paid trip to the beach in a heartbeat. Garrett Kelly only accepts to keep tabs on Sarah Daniels, who's in hiding after witnessing a murder committed by her half brother--a personal enemy of KGI. But Garrett hadn't planned on falling for Sarah. Original.

A man who shoots first and asks questions later falls for the ultimate moving target in this sexy, action-packed KGI novel. The Kelly Group International (KGI): A super-elite, top secret, family-run business.
Qualifications: High intelligence, rock-hard body, military background.
Mission: Hostage/kidnap victim recovery. Intelligence gathering. Handling jobs the U.S. government can't... Most people would take an all-expenses-paid trip to the beach in a heartbeat, but Garrett Kelly only accepts the job keeping tabs on Sarah Daniels--who's in hiding after witnessing a murder committed by her half-brother--for the chance to take down a person enemy of KGI. A disciplined soldier like Garrett is trained for so much more than a babysitting gig, but he soon realizes that there's more to Sarah than what's in her file. Garrett is considering seduction as a tactical maneuver, but when he glimpses Sarah's dark past, he feels an urgent desire to keep her safe--even after she disappears on him. Garrett doesn't know exactly who, or what, Sarah's running from. Whatever it is, she's running for her life...

Maya Banks is the #1 USA Today and #1 New York Times bestselling author of the Surrender trilogy, the Breathless trilogy, the Sweet series, the Colters' Legacy novels, and The Enforcers series. She lives in the South with her husband and three children and other assorted babies, such as her two Bengal kitties and a calico who's been with her as long as her youngest child. She's an avid reader of romance and loves to dish books with her fans and anyone else who'll listen!
If the item details above aren’t accurate or complete, we want to know about it. Report incorrect product info.