Hidden Children of the Holocaust - by Suzanne Vromen (Paperback) 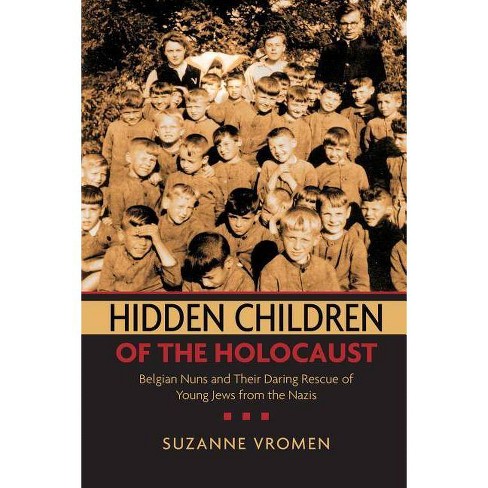 In the terrifying summer of 1942 in Belgium, when the Nazis began the brutal roundup of Jewish families, parents searched desperately for safe haven for their children. As Suzanne Vromen reveals in Hidden Children of the Holocaust, these children found sanctuary with other families and schools--but especially in Roman Catholic convents and orphanages.
Vromen has interviewed not only those who were hidden as children, but also the Christian women who rescued them, and the nuns who gave the children shelter, all of whose voices are heard in this powerfully moving book. Indeed, here are numerous first-hand memoirs of life in a wartime convent--the secrecy, the humor, the admiration, the anger, the deprivation, the cruelty, and the kindness--all with the backdrop of the terror of the Nazi occupation. We read the stories of the women of the Resistance who risked their lives in placing Jewish children in the care of the Church, and of the Mothers Superior and nuns who sheltered these children and hid their identity from the authorities. Perhaps most riveting are the stories told by the children themselves--abruptly separated from distraught parents and given new names, the children were brought to the convents with a sense of urgency, sometimes under the cover of darkness. They were plunged into a new life, different from anything they had ever known, and expected to adapt seamlessly. Vromen shows that some adapted so well that they converted to Catholicism, at times to fit in amid the daily prayers and rituals, but often because the Church appealed to them. Vromen also examines their lives after the war, how they faced the devastating loss of parents to the Holocaust, struggled to regain their identities and sought to memorialize those who saved them.
This remarkable book offers an inspiring chronicle of the brave individuals who risked everything to protect innocent young strangers, as well as a riveting account of the "hidden children" who lived to tell their stories.
If the item details above aren’t accurate or complete, we want to know about it. Report incorrect product info.