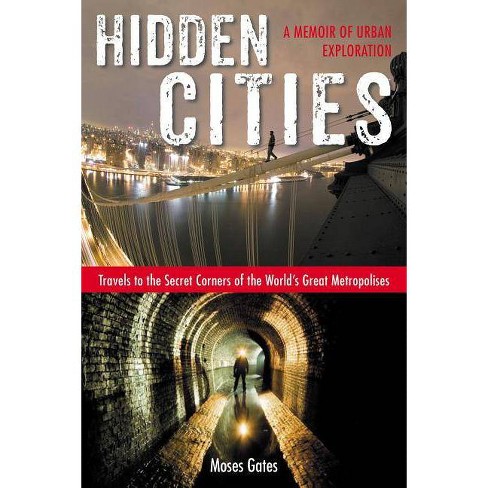 "Urban exploration with Gates makes for wildly entertaining reading. A solidly entertaining ride for those seeking a gritty travel experience."
--Publishers Weekly "Gates's travelogue does more than introduce the reader to the gritty undergrounds and highest climbing spots of the world's greatest cities--Hidden Cities ultimately celebrates the urban history and architectural evolution of mankind. For those of us who will never get to experience such places, Gates is a perfect travel companion."
--Roni K. Devlin, owner, Literary Life Bookstore for Shelf Awareness for Readers "Hidden Cities offers a thrilling glimpse into the secret worlds that surround us. Moses Gates has crafted an endlessly absorbing book that succeeds on many levels--as a compelling travelogue, a nuts-and-bolts how-to manual, and a deep-feeling and highly relatable personal memoir. Anybody who reads it will emerge invigorated by possibility."
--Davy Rothbart, creator of Found Magazine, author of My Heart is an Idiot, and frequent contributor to NPR's This American Life "Hidden Cities is a measured and heartfelt look at some wild times in some crazy places, but it is most of all a paean to curiosity and where it takes you."--Robert Sullivan, author of Rats and My American Revolution "An intrepid urban Sherpa's impassioned salute to 'the joy of trespassing.' Part guidebook, part social history, part coming of age story. Dig in: you'll never look at cities the same way again.--Robert Neuwirth, author of Stealth of Nations and Shadow Cities "Follow Moses Gates and others as they truly experience the world's great cities in ways far removed from how Frommer's, Fodor's, or any Michelin guide would encourage you to. Hidden Cities is a rollicking travelogue packed with secrets of the world's metropoli that the local constabulary would rather you not discover."--Kevin Walsh, author of Forgotten New York "Lonely Planet for the realm beyond the "No Trespassing" signs."
--Kirkus Reviews "A great city at night is a massive playground, a wonderland imprinted by the dreams, desires and accomplishments of those millions that have lived and do yet live there. Moses Gates knows this and has beautifully described that yearning some humans have to explore the built environment."
--John Law, co-author of Tales of the San Francisco Cacophony Society, Suicide Club member emeritus and co-founder of the Burning Man Festival
If the item details above aren’t accurate or complete, we want to know about it. Report incorrect product info.