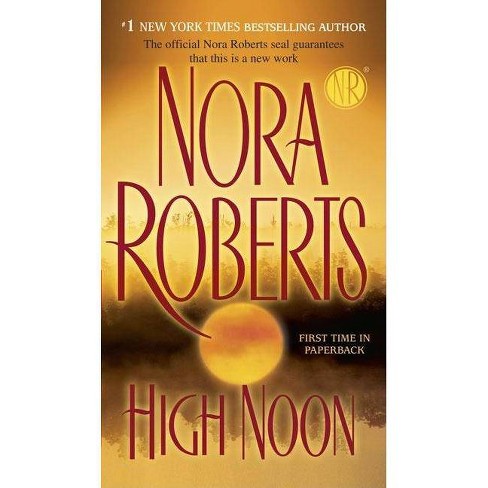 The phenomenal #1 "New York Times"-bestselling author is back with a spine-tingling novel about a woman who walks fearlessly into danger but must draw on her courage to let love into her life. Soon to be a Lifetime Original Movie.

Phenomenal #1 New York Times bestselling author Nora Roberts presents a spine-tingling novel about a female cop who walks fearlessly into danger--but must draw on her courage to let love into her life. Police Lieutenant Phoebe MacNamara found her calling at an early age when a violently unstable man broke into her family's home, trapping and terrorizing them for hours. Now she's Savannah's top hostage negotiator, who puts her life on the line every day to diffuse powder-keg situations. After watching her talk one of his employees off a roof ledge, Duncan Swift is committed to keeping this intriguing, take-charge woman in his life. Phoebe's used to working solo, but she's finding that no amount of negotiation can keep Duncan at arm's length. Especially when a man throws a hood over Phoebe's head and brutally assaults her--in her own precinct house--and threatening messages begin appearing on her doorstep. Duncan backs her up every step of the way, as she establishes contact with the faceless tormentor who is determined to make her a hostage to fear--before she becomes the final showdown.

"Agreeably nasty twists."--Entertainment Weekly "Action-packed with suspense, romance and thrilling characters."--Savannah Magazine "A mix of intense suspense and romantic escapism, this is a perfect summer read."--Woman'sDay.com "A courageous protagonist, deft plotting and the sultry Savannah backdrop all add up to another winner for consummate storyteller Roberts."--Publishers Weekly "Will enthrall readers with its irresistible combination of superbly crafted characters and a danger-rich plot."--Booklist "Nerve-wracking suspense leavened with romance and spiced with sex: another hit for the prolific Roberts."--Kirkus Reviews

Nora Roberts is the #1 New York Times bestselling author of more than 200 novels. She is also the author of the bestselling In Death series written under the pen name J. D. Robb. There are more than 500 million copies of her books in print.
If the item details above aren’t accurate or complete, we want to know about it. Report incorrect product info.