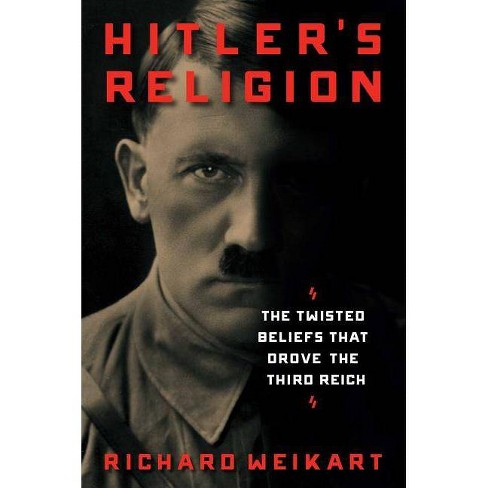 "Atheists who claim that Hitler was a Christian will be sorely disappointed by this excellent and well documented book. It clearly shows the anti-Christian nature of Hitler's ideology and religious beliefs. Given today's culture wars it is essential reading for all Christians and anyone interested in knowing the truth about National Socialism."
-- IRVING HEXHAM, professor of religious studies, University of Calgary, and author of Understanding World Religions "This fascinating and elegantly written new book will challenge scholars to rethink existing interpretations of 'Hitler's Religion.' In ten well-researched and tightly argued chapters, Weikart shows that Hitler was neither an atheist, a Christian, nor an occultist. Rather, he marshals convincing evidence that Hitler was a pantheist who embraced a brutal, Darwinian religion of nature."
-- DR. ERIC KURLANDER, professor of modern European history, Stetson University, and author of Living with Hitler and (forthcoming) Nazi Monsters: A Supernatural History of the Third Reich "Many prominent Western intellectuals have dispensed with the view that humans are created in the image of God and thus have immeasurable value and inalienable rights, ' writes Professor Weikart. In my four decades of speaking in university open forums, I have witnessed the logical consequences of this belief that humanity is a cosmic accident: wherever I go I meet student after student troubled by haunting questions of meaning and purpose. Weikart demonstrates the impoverishment of philosophies that reject the Judeo-Christian worldview--but 'still retain some of the vestiges of the Judeo-Christian morality that they claim to spurn'--and shows how Christianity uniquely makes sense of our questions of meaning, purpose, morality, and dignity. His book [The Death of Humanity] will sober and challenge you."
-- RAVI ZACHARIAS, speaker and author of Why Jesus? Rediscovering His Truth in an Age of Mass Marketed Spirituality, and other books
If the item details above aren’t accurate or complete, we want to know about it. Report incorrect product info.