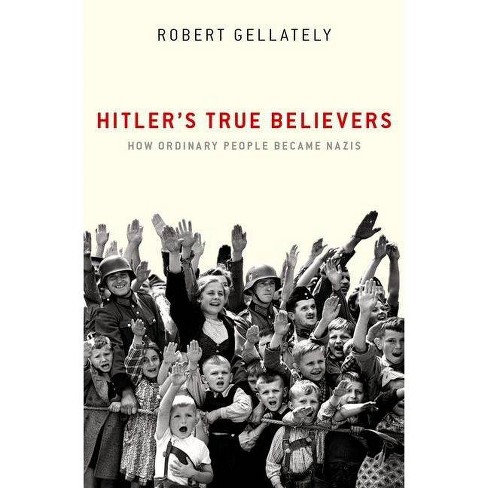 $34.95
new at target¬
no reviews yet
be the first!be the first! ratings
Release Date: coming soon!
Preorder for
Edit zip
Ships by release date with free standard shipping using RedCard
Help us improve this page

"What paths did true believers take to Nazism? Why did they join what was initially a small, extremist, and often violent movement on the fringes of German politics? When the party began its election campaigning after 1925, why did people vote for it only grudgingly, though in the Great Depression years, make it the largest in the country? Even then, many millions withheld their support, as they would, if covertly, in the Third Reich. Were the recruits simply converted by hearing a spell-binding Hitler speech? Or did they find their own way to National Socialism? How was this all-embracing theory applied in the Third Reich after 1933 and into the catastrophic war years? To what extent did people internalize or consume the doctrine of National Socialism, or reject it? In the first half of the book I examine how ordinary people became Nazis, or at least supported the party and voted for it in elections down to 1933. We need to remember, that Hitler squeaked into power with the help of those in positions of power who wanted to get rid of democracy, "forever." Into the Third Reich I trace how the regime applied its teachings to major domestic and foreign political events, racial persecution, and cultural developments, including in art and architecture, and how people reacted or behaved in that context. This story begins with a focus on Hitler. Like millions of others after Germany's lost war, he was psychologically adrift, searching for answers, and some kind of political salvation. How did he find the tiny fringe group, the German Workers' Party (DAP), that he and a few others transformed in 1920 into the imposing-sounding National Socialist German Workers' Party (NSDAP), or Nazi Party? Insofar as Hitler had fixed ideas at the end of the Great War in 1918, high on the list was nationalism, in spite of the aspersions cast against it by mutinous sailors and rebellious soldiers tired of the fighting. Some aspects of what became his doctrine or ideology, stemmed from the cluster of ideas, resentments, and passions widely shared in Germany at that time. His views and those of his comrades also reflected the fact that Germany was already a nation with a great deal of egalitarianism baked into its political culture. Almost without exception, the Nazis emphasized all kinds of socialist attitudes, to be sure a socialism "cleansed" of international Marxism and communism. Indeed, when he looked back from 1941, Hitler said of the NSDAP in the 1920s, that "ninety percent of it was made up by left-wing people." He also thought it was "decisive" that he had recognized early in his career that solving the social question was essential, and he insisted that he hated the closed world in which he grew up, where social origins determined a person's chances in life"--
If the item details above aren’t accurate or complete, we want to know about it. Report incorrect product info.