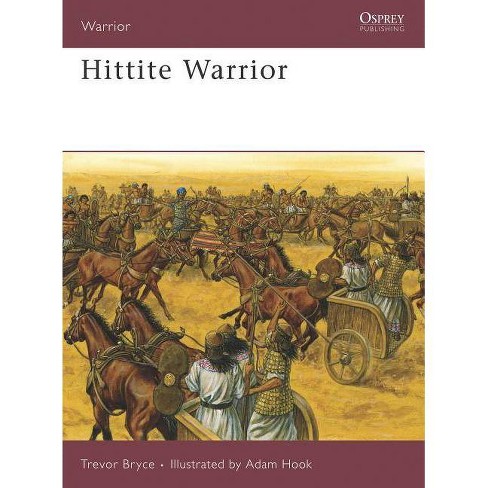 $16.99
MSRP$18.95
no reviews yet
be the first!be the first! ratings
Buy 2 get 1 free on video games, movies and books
Online only •
Shipping
Not available
Help us improve this page

"Trevor Bryce's Hittite Warrior is written by an expert on the topic and follows the history of a warrior people famed for their ferocity. Their early empire stretched from Mesopotamia to Syria and Palestine: this book examines not only their history and culture, but specifically their battle tactics and strategies." --The Bookwatch (February 2008)

"It is a book that should be on the shelf of any serious historian or those who have an interest in this era. One I enjoyed reading and can highly recommend to you." --Scott Van Aken, modelingmadness.com (August 2007)

"Bryce not only deals with the soldiers' life, but the lives of ordinary Hittites as well to place the military into context... While there are a number of good learned books and articles about the Hittites, this new volume is a useful primer on the subject and as such I can recommend it to the modeller and wargamer." --Paul Bradley, International Plastic Modeler's Society

"Beautifully and professionally produced, as are all Osprey publications, this book has 8 color, 39 black and white photos, and 4 maps ... The combination of color plates and well-researched text from rare first-hand sources makes this a must for those interested in this army and period." --Michael Koznarsky, Historical Miniature Gamer (Issue 10)