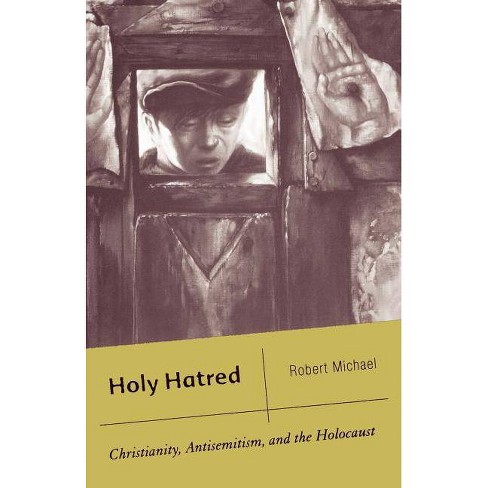 $70.99
0 out of 5 stars with 0 reviews
be the first!be the first! ratings
Shipping
Free standard shipping with RedCard
Help us improve this page

'A praiseworthy achievement a model of its kind.' Paul R. Bartrop, Honorary Research Fellow, The Faculty of Arts, Deakin University, and Head of History, Bialik College

'Holy Hatred is a masterful, beautifully written study of how Christianity and the churches shaped and sustained a lethal antisemitism for almost two millennia. Future studies of the Holocaust or of antisemitism will have to address Michael's work.' Eunice G. Pollack, University of North Texas

'If anyone still remains ignorant of the Christian origins of anti-Semitism ancient and modern and its contribution to the Holocaust, this book will remedy that bliss: clearly, and in comprehensive detail.' Richard Elliott Sherwin, Professor, Bar-Ilan University