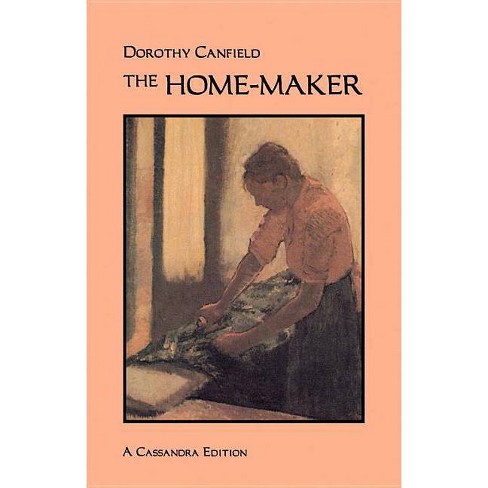 Although this novel first appared in 1924, it deals in an amazingly contemporary manner with the problems of a family in which both husband and wife are oppressed and frustrated by the roles they are expected to play. Evangeline Knapp is the perfect, compulsive housekeeper, while her husband, lester, is a poet and a dreamer. Suddenly, through a nearly fata accident, their roles are reversed: Leter is confined to home in a wheelchair and his wife must work to support the family. The changes that take place between husband and wife and particularly between parents and children are both fascinating and poignant.

"This 1924 novel... deals in a seemingly contemporary with the issue of how a married couple can feel oppressed and frustrated by the roles they are expected to play and what happens when these roles are reversed." -- Philadelphia Inquirer

Named by Eleanor Roosevelt as one of the ten most influential women in the US, Dorothy Canfield Fisher (1879 - 1958) brought the Montessori Method of child-rearing to America, presided over the country's first adult education program, and influenced American literary tastes as a member of the Book-of-the-Month Club selection committee from 1926 to 1951. A committed educational reformer and social activist, the popular Arlington, VT writer produced 22 works of fiction and 18 nonfiction books on a wide range of subjects. Mark J. Madigan, who provides an introduction, teaches English at the University of Vermont and is editor of Fisher's The Bedquilt and Other Stories (1995) and Keeping Fires Night and Day: Selected Letters of Dorothy Canfield Fisher (1993).
If the item details above aren’t accurate or complete, we want to know about it. Report incorrect product info.